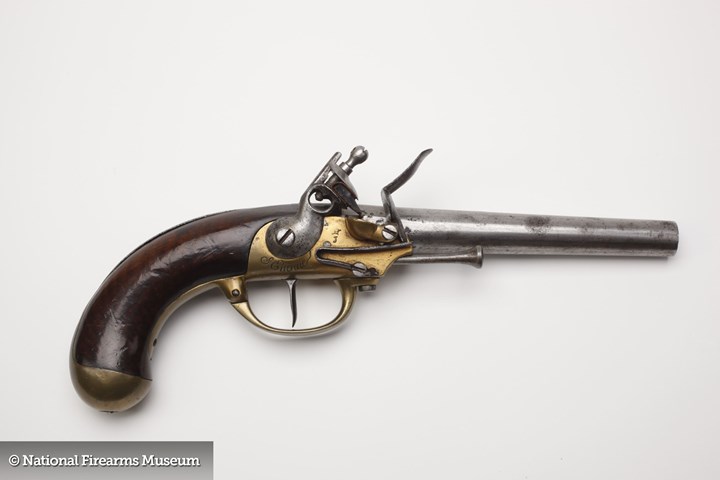 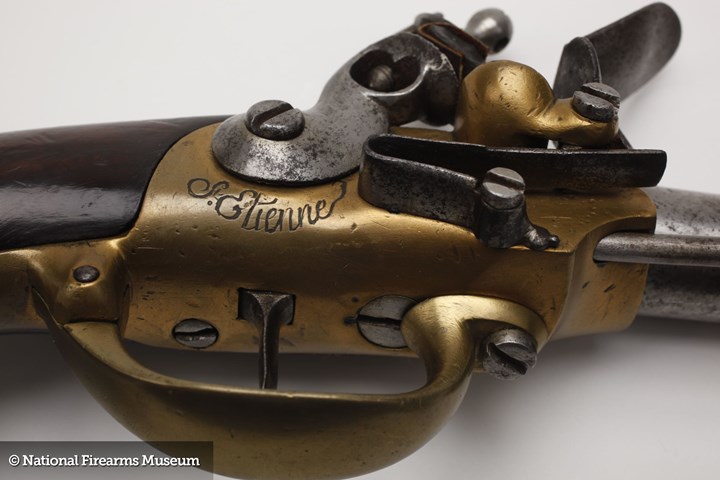 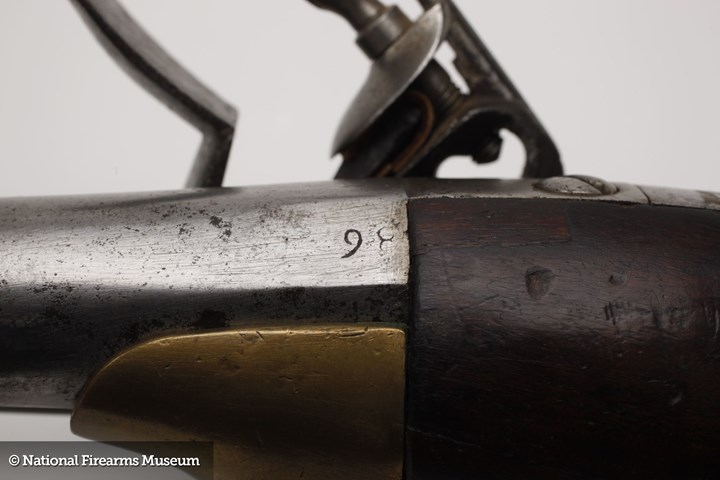 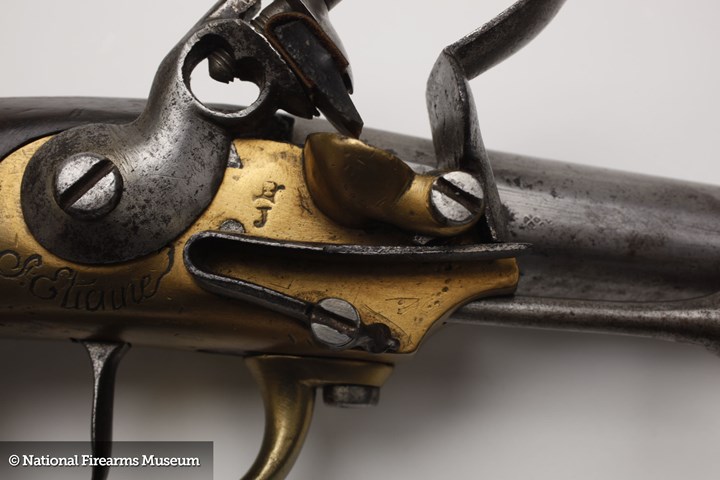 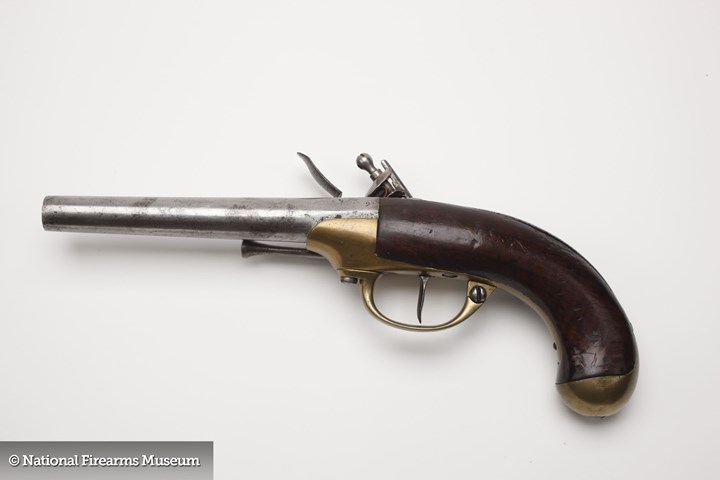 One of the first French handguns used in the newly created United States of America, our GOTD is a .70 caliber flintlock pistol that featured a bronze receiver onto which the barrel and lock components mounted.

This c. 1777 example was manufactured at the St. Etienne arsenal, and its graceful profile later helped establish similar American martial pistols, much as the Charleville musket helped create the US M1795 flintlock musket.