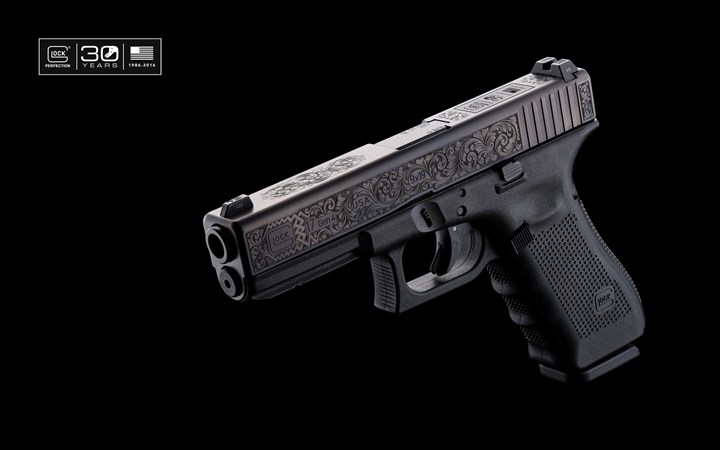 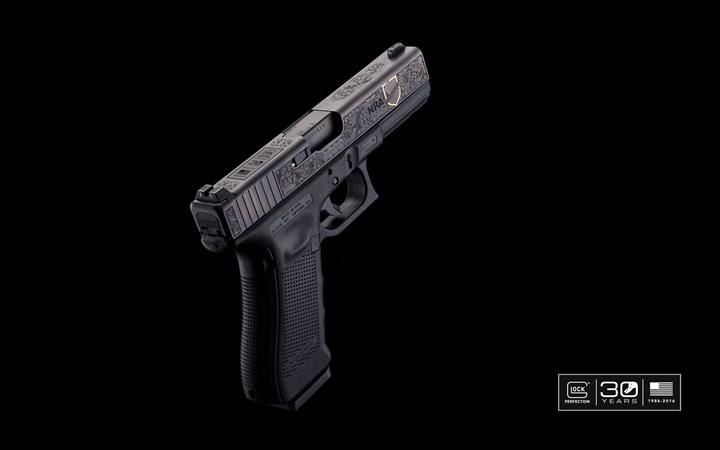 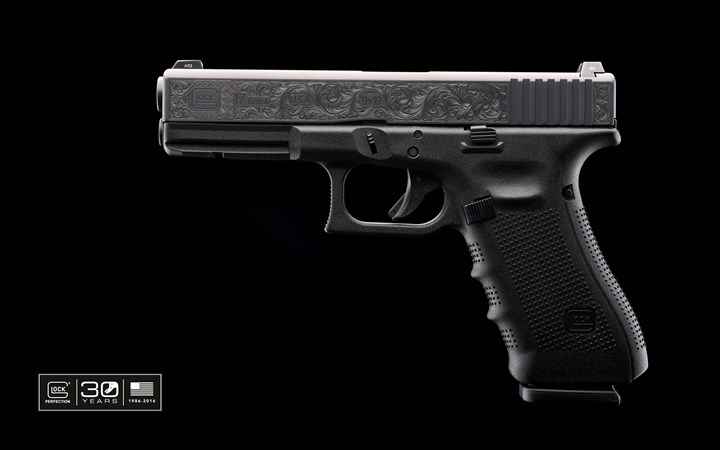 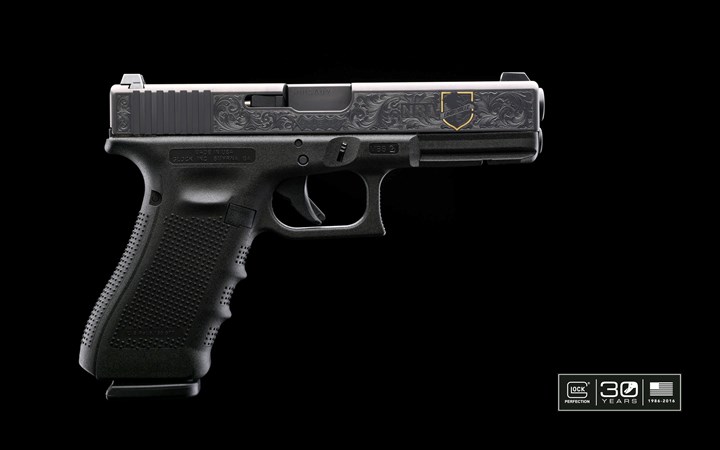 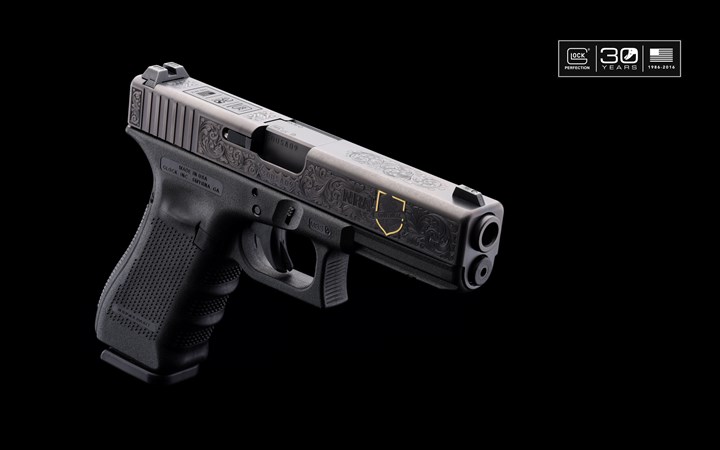 The National Rifle Association of America (NRA), founded in 1871, was built on the foundation of firearms training and marksmanship. Its goal was to provide a platform for marksman to sharpen and improve their firearms skills. Since then, the NRA has evolved into a much more diverse organization - from its wide-range of educational programs to being the leading organization defending our Second Amendment rights.

GLOCK is committed to working with the NRA to help ensure the shooting sports will continue to grow and thrive.

This year, they are generously donating a 30th Anniversary G17 Gen4 to the NRA National Firearms Museum during the 2016 NRA Annual Meetings and Exhibits in Louisville, Kentucky.

This 30th Anniversary G17 Gen4 GLOCK was engraved by Mark Hoechst. A native of North Dakota, Hoechst has enjoyed working with his hands since his youth, whether drawing, painting or building model cars and airplanes. In 1985, Mark started learning firearm engraving while utilizing his background in art, jewelry, mechanics and machining. He became a FEGA Master Engraver and earned a degree in Graphic Design and Communications. Now engraving full time, Mark uses his skills to provide a full engraving service that includes grip making, light gunsmithing, rust bluing, and electroplating. Hoechst is one of 35 engravers featured in the book American Engravers: The 21st Century and also included in American Engravers III: Masterpieces in Metal by America’s Engraving Artisans.

The gun will be on display at the NRA National Firearms Museums following the NRA Annual Meetings.