The 3 Most Common Firearm Stoppages 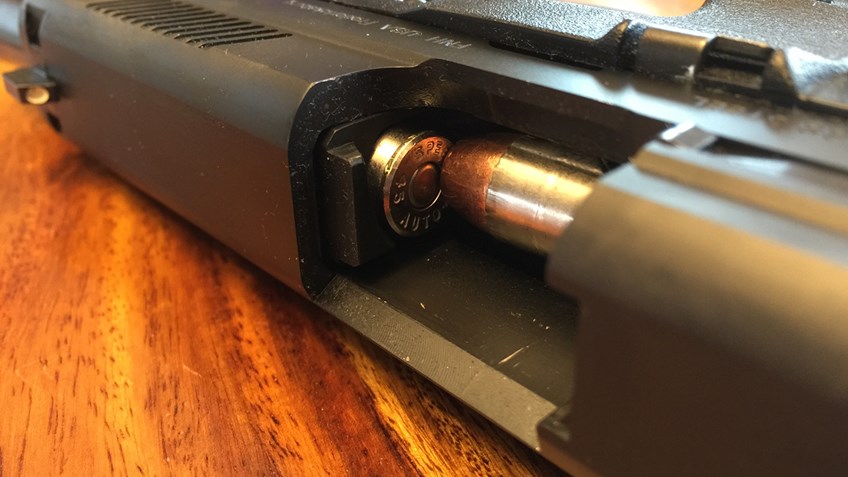 Firearms, like any mechanical tool, are capable of malfunctioning. Whether it's the result of user error or an unavoidable part failure, jams happen and while being a mere annoyance for a plinker, they can have dire consequences for someone who owns a pistol for protection. Below we address the most common stoppages you can encounter when shooting a semi-automatic firearm and how to recognize and resolve them.

Keep in mind that if you notice a problem with your firearm, do not attempt to shoot it until you have assessed the issue and always follow the NRA's fundamental rules for safe gun handling:

If you are not comfortable handling the situation on your own, there’s no shame in getting the attention of your instructor or a range officer and asking them to assist you.

Without further ado, here are the three most common types of semi-auto stoppages:

What happens: You pull the trigger and the gun goes click instead of boom. While it's often a dud cartridge that just won't fire, it could also mean the magazine failed to load a new cartridge into the chamber.

What to do: Tap the bottom of the magazine with the palm of your support hand to ensure it’s fully seated. Invert the gun and rack the slide to clear any stoppage and load a fresh round into the chamber. Finally, reassume the shooting position and assess the target area. This is known as the Tap, Rack and Assess drill. 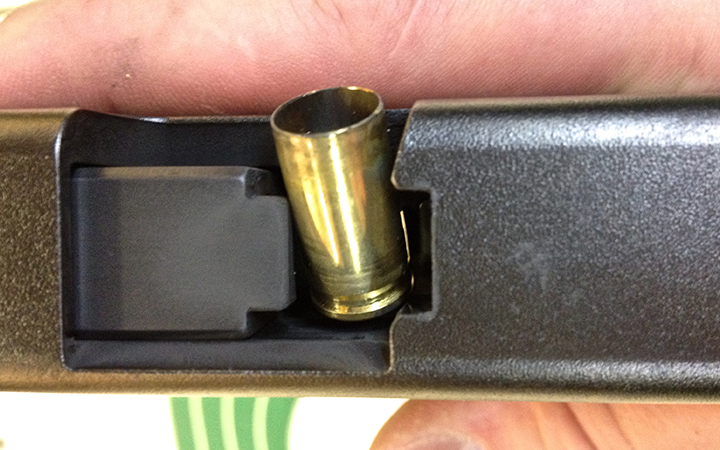 What happens: Also known as a stovepipe, this stoppage occurs when you pull the trigger and nothing happens, similar to a Failure to Feed. But with this stoppage you’ll notice the cartridge from your previously fired round is now stuck in the ejection port, resembling… a stovepipe. This jam will also cause your slide to not sit completely forward.

What to do: Like with a Failure to Feed, the Tap, Rack and Assess will suit you here. Tap the bottom of your magazine to make sure it’s seated, rack the slide to feed a new round into the chamber and force the jammed cartridge out, and assess downrange.

Failure to Go into Battery 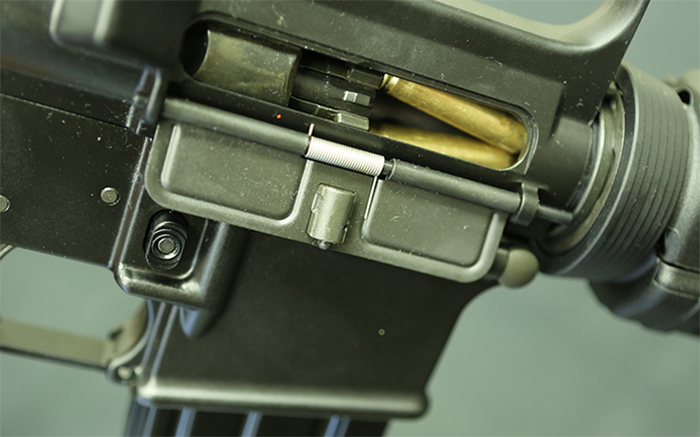 What happens: A Failure to Go into Battery occurs when the cartridge is not fully seated in the chamber, forcing the slide to not fully sit forward. A variation of this stoppage, known as a Double Feed, happens when the slide picks up a fresh round before the previous cartridge can be ejected and attempts to seat them simultaneously.

What to do: A Tap, Rack and Assess should work, although you may have to rack the slide a little more vigorously than with the other two types of stoppages. Occasionally you may have difficulty clearing the chamber due to pressure applied by the magazine’s spring. In this case you should remove the magazine, which may take a little force, and rack the slide several times until the chamber has been cleared. Then reload your magazine, give it a good tap on the bottom, rack the slide to load a new cartridge, and assess the target area.

Remember that these are just the three most common types of firearm malfunctions. The basic principle behind the Tap, Rack, and Assess drill is to resolve the stoppage by unloading and reloading the gun, but firearms and bullets can fail in other ways. If your gun ever performs in a way that seems off, do not try to fire another round until you have determined it is safe to do so.

Stoppages happen from time to time, but the risk can be mitigated through proper stance, using reliable ammunition, and regular maintenance of not just your firearm, but your magazine and any accessories you use. Get in the habit of cleaning your tools after you use them and your guns should enjoy improved reliability and a longer life.