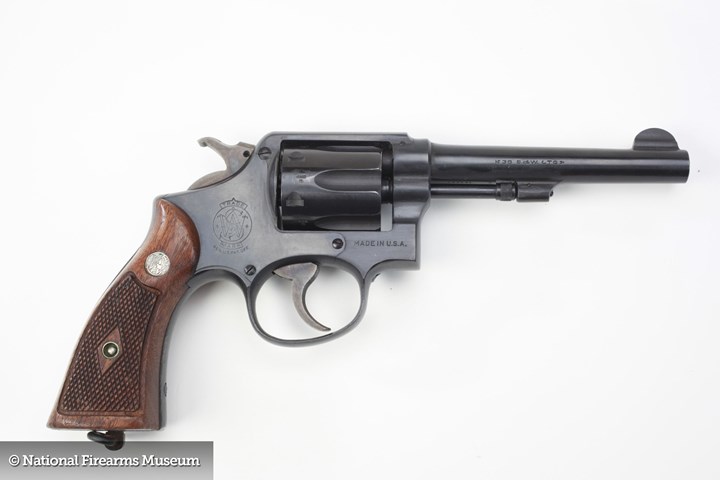 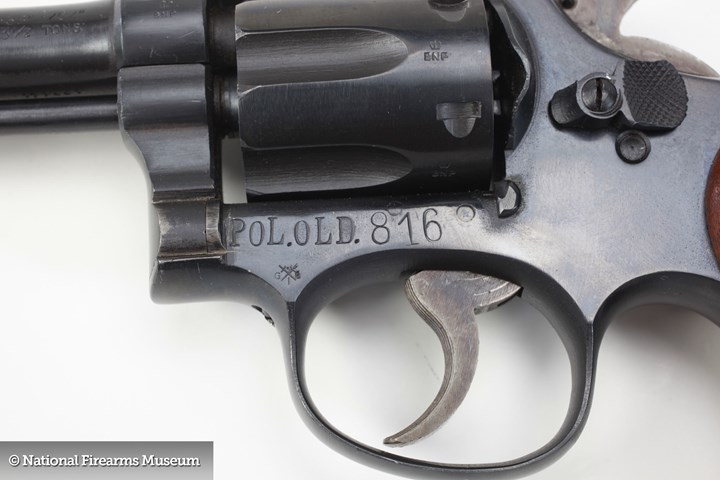 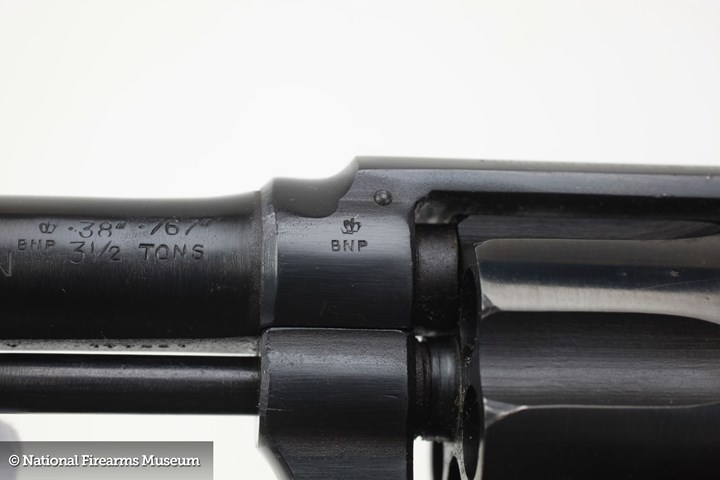 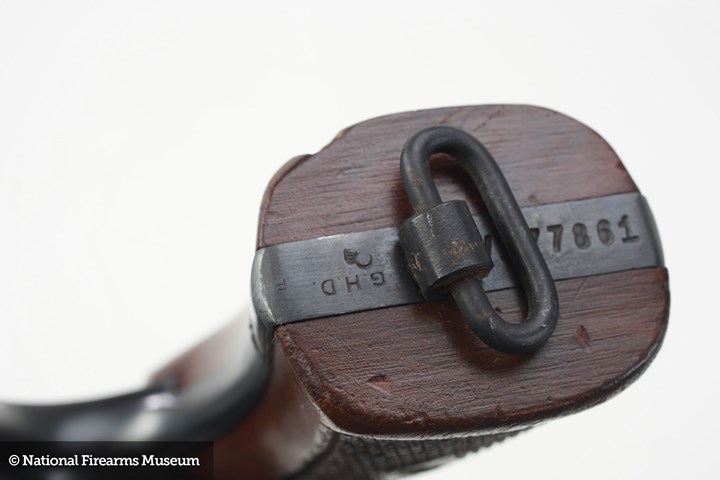 1 of 1
More
SUBSCRIBE
Our Gun of the Day is a handgun that, even after the Allied victory in Europe had been achieved, kept right on working. This .38 Smith & Wesson chambered example bears British proofmarks on both the barrel and cylinder signifying that, as a Lend-Lease piece, it had passed through English hands before being assigned duties during the postwar occupation of Germany.

Double-action revolvers were issued to police units and, per the marking under the cylinder, this Smith & Wesson went to Oldenberg, Germany.

The revolver was nicknamed "Victory" as the serial numbers for this model all began with a "V" prefix. The Victory Model, built during World War II and discontinued in 1945, differed from the standard Model 10 in having a parkerized finish, smooth walnut grips and a lanyard swivel.
IN THIS ARTICLE
NRA Museums Gun of the Day GOTD Pistol
More
SUBSCRIBE