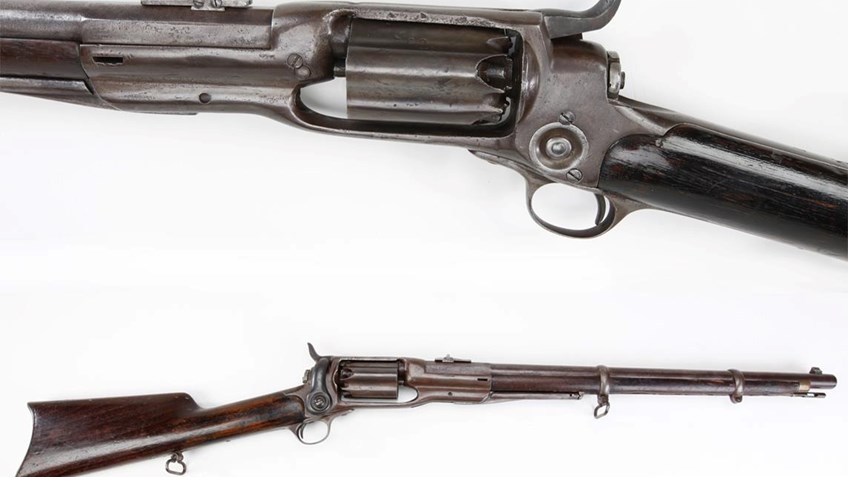 Colt’s line of revolving handguns was marketed alongside revolving carbines, muskets, rifles and shotguns. Our revolving Colt carbine shown is one of the shorter variations and is a five-shot .56 caliber percussion gun. These arms were issued to artillery, cavalry and infantry units in the American Civil War on a very small scale. An unusual feature on these Colt revolving arms is their rear sight, fitted with folding leaf sights regulated to specific ranges.

Firing one of these revolving shoulder arms can present a real problem if you factor in the possibility of chain-firing; on any revolving percussion gun (not just Colt guns), sometimes more than one chamber may fire at the same time. If your support hand is in front of the cylinder when it has a multiple discharge, the results might not be pleasant.