Cabot Guns Has Made 1911s Out of Meteorite 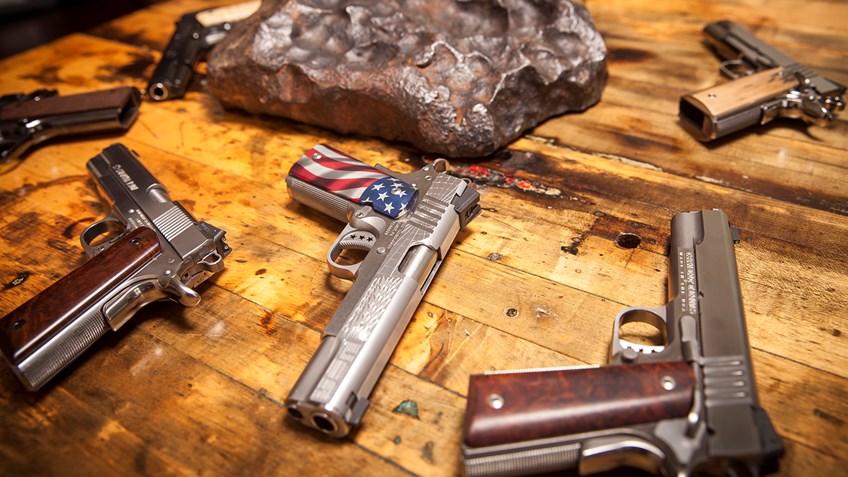 More
SUBSCRIBE
A meteorite that fell to Earth four billion years ago has been turned into a pair of 1911s by premier pistol manufacturer Cabot Guns. The company will reveal their one-of-a-kind guns during the 2016 NRA Annual Meetings & Exhibits in Louisville, Kentucky, this spring.

Cabot has a reputation for making exceptional pistols, but guns made out of meteorite are a step above anything they or anybody else in the shooting world has ever done.

“The idea was inspired from the Cosmos 1911, a pistol we released in 2015 with meteorite grips,” said Cabot founder and president Rob Bianchin, who scours rare materials shows for his next inspiration.

“I spent months learning about meteorites after finding one at a show,” Bianchin said. “They’ve been used by Rolex and other jewelers, but there’s no playbook on making a firearm out of meteor. I had to be sure it could be done.”

The guns come from a 35 kilogram chunk of the Gibeon meteorite, which was discovered in 1838 in present-day Namibia and whose impact is dated back to prehistoric times. Bianchin described the Gibeon as the Cadillac of meteorites due to its Widmanstatten pattern, a unique crystalline pattern exclusive to meteors that is the hallmark of their aesthetic. 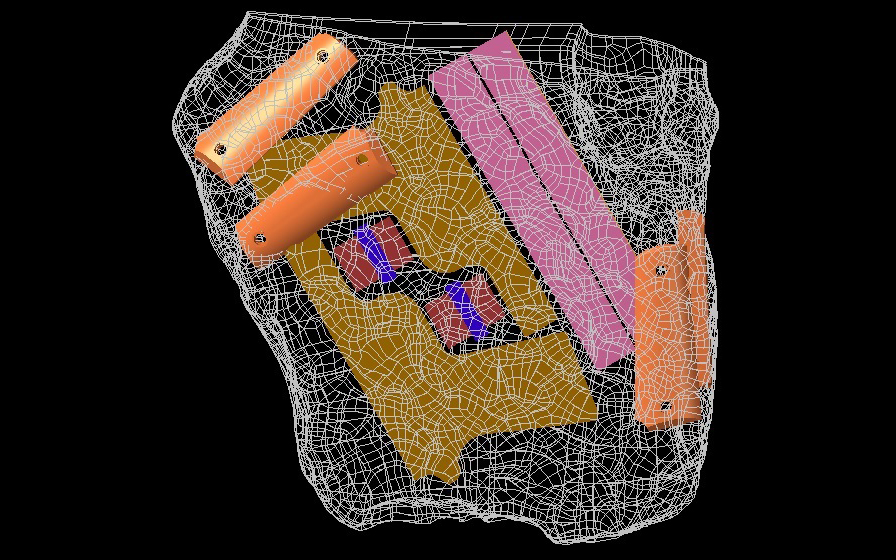 Cabot was so meticulous in utilizing their piece of meteor that they performed a three-dimensional scan to make sure each cut was for a specific component. They were even forced to apply technologies never employed on a pistol to properly work the material. Aside from a steel barrel, every piece of the gun was built from meteorite.

“Everything,” Bianchin emphasized. “Right down to the plunger tube.”

Dubbed “The Big Bang Pistol Set,” the guns’ unique finish won’t be the only way you can tell they’re extraterrestrial. Every little detail of the guns has been designed to honor the exotic material. The front of the trigger pads, for example, have been shaped to resemble the meteor’s exterior.

Even the way the pistols are stored will be unique. Cabot has employed world-renowned artist George Dante to create a case that is an exact replica of their Gibeon meteorite piece.

Adding to the set’s prestige is Cabot’s trademark of featuring a true left-handed gun. While pistol sets traditionally come with two right-handed guns, Cabot’s are legitimately mirrored – from the ejection port to the rifling in the barrel.

Despite the twists and turns of engineering firearms out of an unorthodox material, Cabot has done something unprecedented and unlikely to be attempted again. It was all worth it to Bianchin. 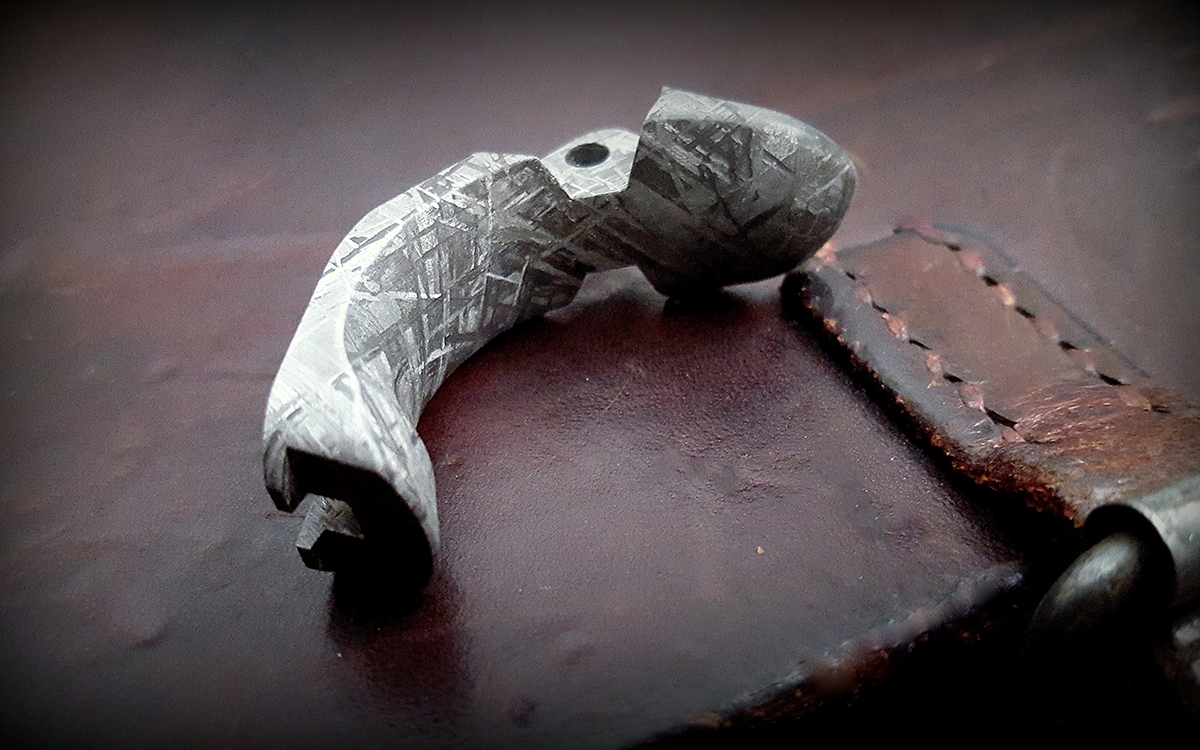 “Creating these pistols taught us that meteorites have a will of their own. You think it’s going to turn out one way, but the meteor has its own idea of what it wants to do,” Bianchin chuckled. “The final result surpassed my most optimistic expectations. I can’t imagine something more fun or cool than this.”

Want to be the proud owner of the only pistols ever constructed from meteorite? Cabot has already turned down several offers to purchase the guns and will be auctioning off The Big Bang Pistol Set after its unveiling in late May at the 2016 NRA Annual Meetings & Exhibits in Louisville, Kentucky.

We expect that, like the pistols themselves, the winning bid will also be out of this world.
IN THIS ARTICLE
Annual Meetings Pistol
More
SUBSCRIBE