Phil Robertson's UnMuzzled From The Heart 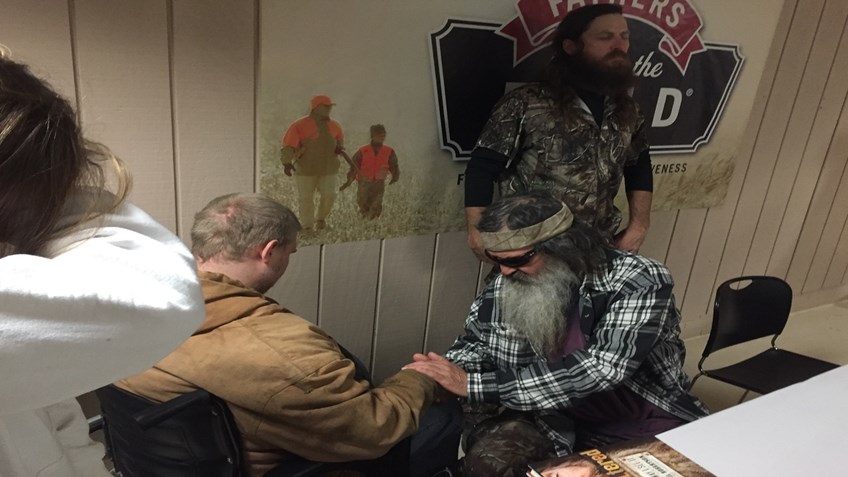 Fathers in the Field brought a new event to the Great American Outdoor Show this year, UnMuzzled with Phil Robertson. For those who haven't heard of them before, Fathers in the Field's is a non-profit organization whose mission is to raise-up mentor fathers to provide life-changing help to boys abandoned by their fathers, through the outdoor lifestyle.

Understanding their mission, it wasn't a surprise to see staff members scouring the halls of the Great American Outdoor Show looking to give people the chance of a lifetime to get backstage before the event to meet Phil and Jase Robertson. 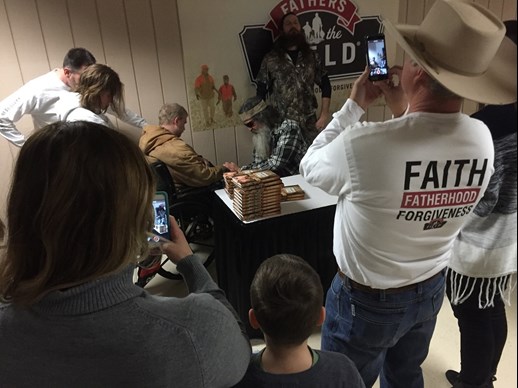 Jordan, 16, from Maryland, was with his teachers and classmates on a trip to the show yesterday. A Fathers in the Field staff member happened upon Jordan being led through the halls of the show in his wheelchair by his teacher. What the staff member didn't know was that Jordan had lost both of his parents and just two days earlier had a massive heart attack that doctors said should have killed him. Not only did Jordan pull through but he was in good spirits at the show.

Upon hearing his story, the staff member knew he had to meet Phil. Behind the beard, Robertson is a man of God who was at the Great American Outdoor Show to share his thoughts on faith and how it has affected his life. An amazing moment happened backstage before the show when Phil sat and prayed with Jordan over his health and life, bringing tears to the eyes of his teacher and others in the room. 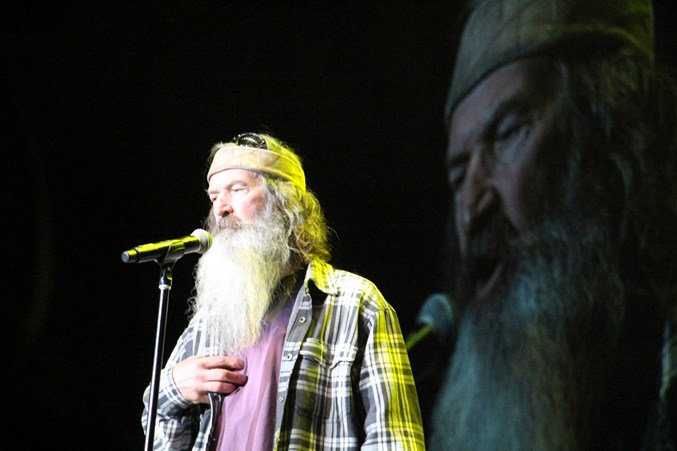 Phil then went on to the stage to speak to those who had come to hear what he had to say. Speaking on stage it was easy to tell that the moments like the one backstage was why Phil was on the stage. Those moments are the reason why he speaks out the way he does.

If you have a story of a mentoring father or want to join the Fathers in the Field mission check out their website.