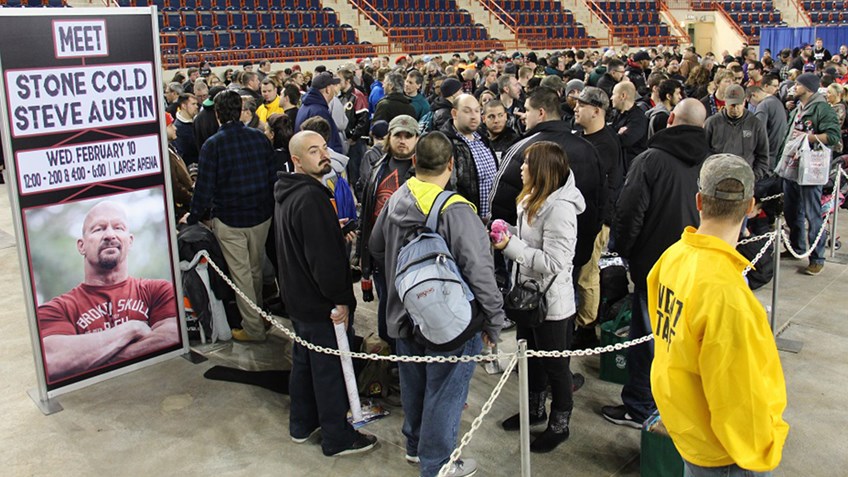 More
SUBSCRIBE
A few short weeks ago, we had a big secret that we just couldn't wait to share... Kawasaki USA was brining Steve Austin to the Great American Outdoor Show!

As soon as this announcement was made, the flood gates opened and people from all over the country started planning their trips...

The event scheduled for Wednesday, February 10th, with strict rules for one autograph and one picture per person on a first come, first serve basis attracted an overwhelmingly large number of people, even despite the snow showers and winter weather advisories for the area!

Delayed out of LAX. Still in route to #GAOS in Harrisburg, PA for tomorrow's appearance. @KawasakiUSA pic.twitter.com/zQPyzdd5nV


Fans who flew in from LA, drove 9 hours from South Carolina, and some even local woke up as the sun was rising to line up, well before the show doors opened to meet the one and only Steve Austin. 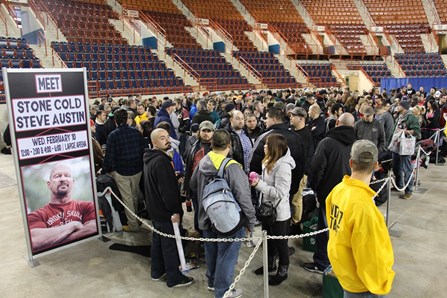 The number of fans who came out to meet Austin was so beyond expectations. Austin generously worked through his break to ensure he met with every fan in line.

His dedication to his fans was tantamount to those of his fans... some even going as far as getting his signature tattooed!


.@steveaustinBSR meets with fans at the #GAOS. One dedicated individual plans on getting his signature tattooed! pic.twitter.com/2HU6rhj8lw 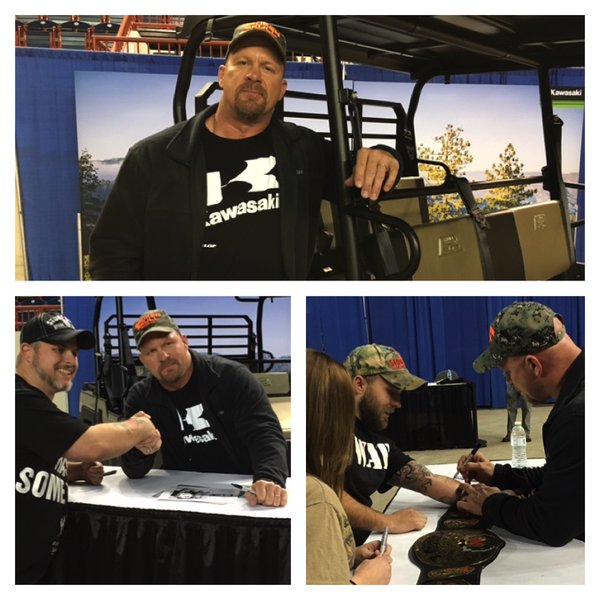 Big thanks to Steve Austin, the Kawasaki USA Team, and all the people who traveled near and far to the Great American Outdoor Show! Hope to see you next year.