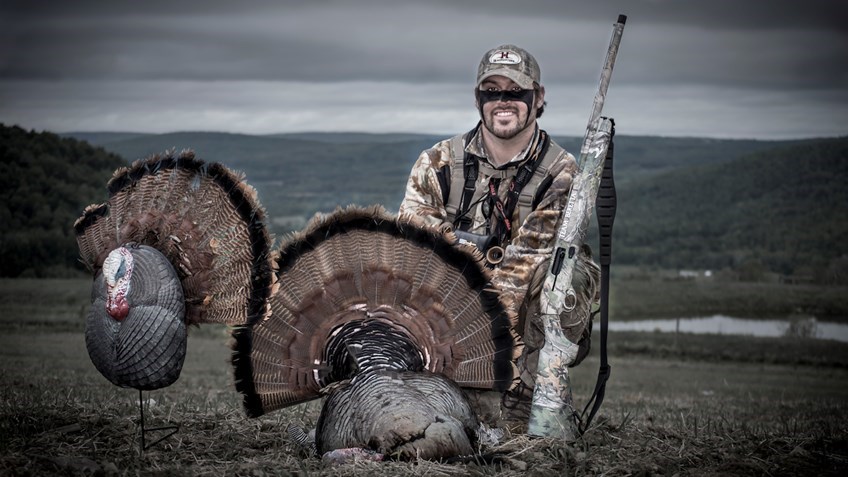 We got a chance to talk to Nate Hosie after his Turkey Hunting Seminar. As a Pennsylvania boy, Nate grew up coming to the show and he is thrilled to be teaching, signing and singing for the show.

Nate's career started when he became know as the "Turkey Slayer" around town. From there HeadHunt TV was founded  launching his career. His show HeadHunters, which you can find on on the Outdoor Channel highlights his kills as well as the memories you gain when you head out on any hunt.

Nate's career has taken a turn into country music and he will be opening for Phil Robertson's Unmuzzled show tonight at 7pm.