Dear Cosmopolitan, Sincerely A Good Woman With A Gun 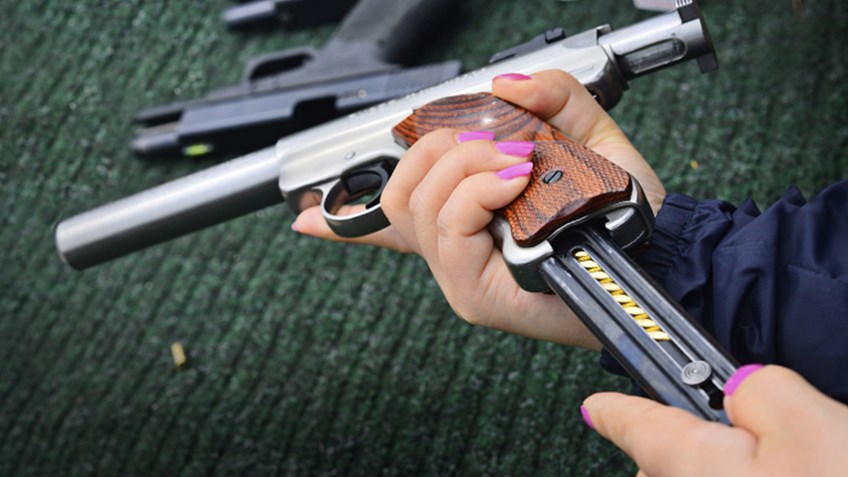 More
SUBSCRIBE
Cosmopolitan has recently teamed up with Everytown to launch a new campaign called “Singled Out," an effort to stop “lax guns laws [that] put single women at risk”. They have recently published two related articles “Why You Should Never Date a ‘Gunsplainer’” and “It's Time to Talk About What Guns Have to Do With Dating”. The campaign uses a made up stereotype of a male gun owner that they call a “gunsplainer”, a man who condescendingly explains to a woman that she would be safer if she had a gun. The articles even go as far as to break down exactly how a women should start a conversation with man about his gun. Cosmopolitan attempts to use this stereotype in its articles to twist reality and tie good guys with guns to domestic violence. The following is my open letter to the magazine…

If there’s one thing we can agree upon, it’s that domestic violence is an important issue and no woman should ever have to fear for her safety, especially in an intimate relationship.

But your attempt to use domestic violence to attack responsible gun owners and depict male gun owners as egotistical misogynists, is not only offensive to men with guns, but an indirect approach to insult me.

Let’s not get the two things confused: domestic violence and the law-abiding responsible gun owner. They are not one in the same. One does not equal the other.

My grandfather, my father, my male colleagues and friends – all those men I know who own guns – have never once condescendingly explained to me why I would be safer if I had a gun.

I made that choice on my own.

The problem isn’t with a gun. It’s the person who chooses to be violent, to be abusive, and sadly, to make someone their victim.

As a woman, I have every right to defend myself. And I don’t need a man to tell me that.

Women gun owners are on the rise. There were 5.4 million women target shooters in 2013, a 60% increase from 2001. Among women gun owners, the number one reason to purchase a firearm is self or home defense, and 80% of female gun owners admitted that having a gun makes them feel safer.

When you purchase a firearm you are assuming the responsibility of being a safe and responsible gun owner. This means ensuring your safety and the safety of others through proper firearm training.

Of women gun owners, 73% have taken at least one firearms training class. There are many courses across the country that have even been designed specifically for women, by women.

I have taken NRA training courses and I go to the range often. Why? Because, I believe in doing everything in my power to arm myself with the tools and training I need to defend myself.

So, Cosmo, the next time I have a conversation with a man about guns, perhaps I should actually start with, “So, can we talk about my guns?”