Passing Down Our American Heritage to the Next Generation 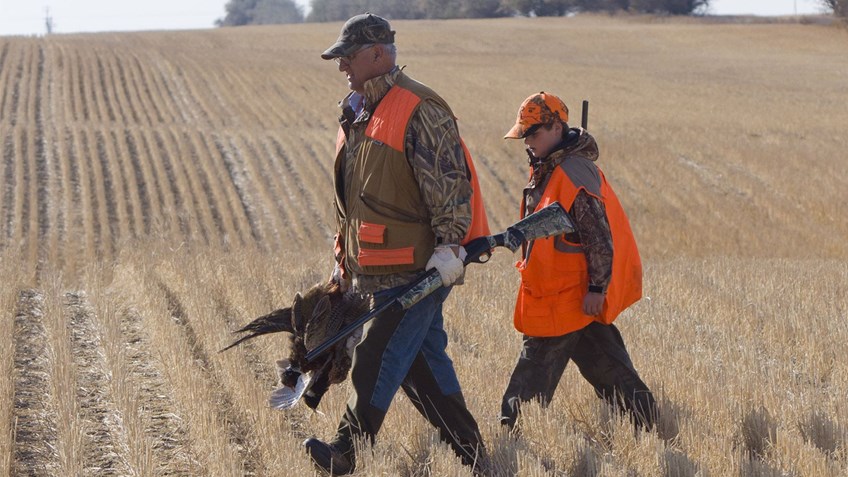 More
SUBSCRIBE
While many were shopping Black Friday deals on November 25, some folks in Stockton, California spent their day a little differently.

That morning, the Stockton Sportsmen’s Club hosted a Youth and Women’s Pheasant Hunt. In attendance were 200 participants including NRA Endowment Member Rich Berdion and his 10-year-old grandson Richard IV (a.k.a. Richie).

His name is not the only thing Rich has passed down to grandson. He also shares his passion and knowledge for hunting and the outdoor lifestyle. “I became a hunter under the guidance of my uncle and I am trying to pass this American heritage along to my grandkids,” he explains.

Rich’s uncle Larry King, an officer at the club, knew that Richie was an avid duck and dove hunter but had never been on a pheasant hunt. Larry encouraged Rich to bring Richie and his 8-year-old brother, Luke, out for a hunt they wouldn’t forget.

“This was Richie's first pheasant hunt, and he was really excited about the opportunity,” shares Rich

Before the hunt, Rich, Richie, and Luke listened as the club members gave a safety presentation to all participants. Then they headed out to the alfalfa field with several other youth hunters, two club members, and of course, hunting dogs. “Richie had never seen a birddog work in the field before and he was amazed and thrilled at the same time,” Rich explains. 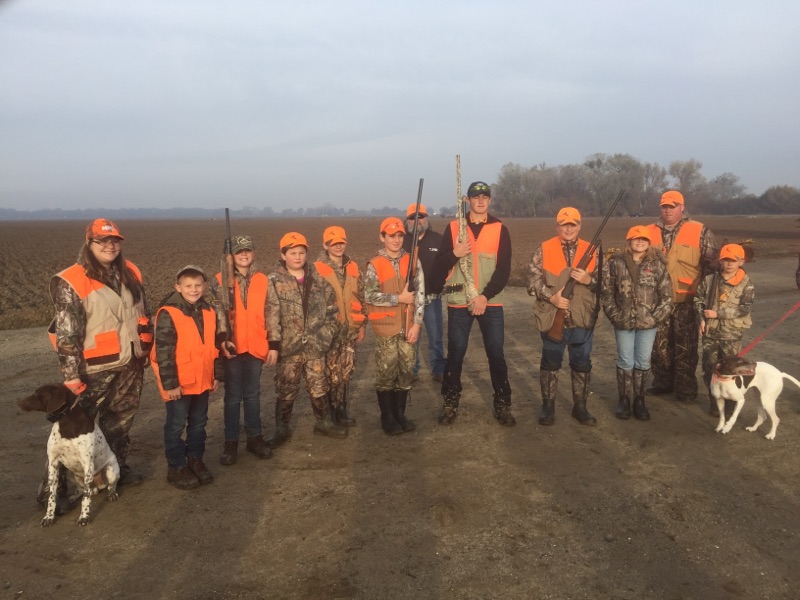 It didn’t take long for the birds to start flying and just like that, Richie harvested his first pheasant! “The look on his face is something I will always remember,” Rich recalls.

Luke, on the other hand, has not yet completed the hunter safety course required to obtain a hunting license. So during the hunt, he walked the field with his grandpa, watching and learning from his big brother. “It was really a pleasure to see Richie in the field with the other boys and girls,” says Rich. “All were very safe and followed the directions of the club member who accompanied us in the field. All the kids had a great time!”

As the hunt concluded, all the participants gathered back at the club for lunch, raffles, and to celebrate a great morning in the field. “The hunt was awesome,” Richie exclaims. “I had a great time, and I won an apple pie in the free raffle!” 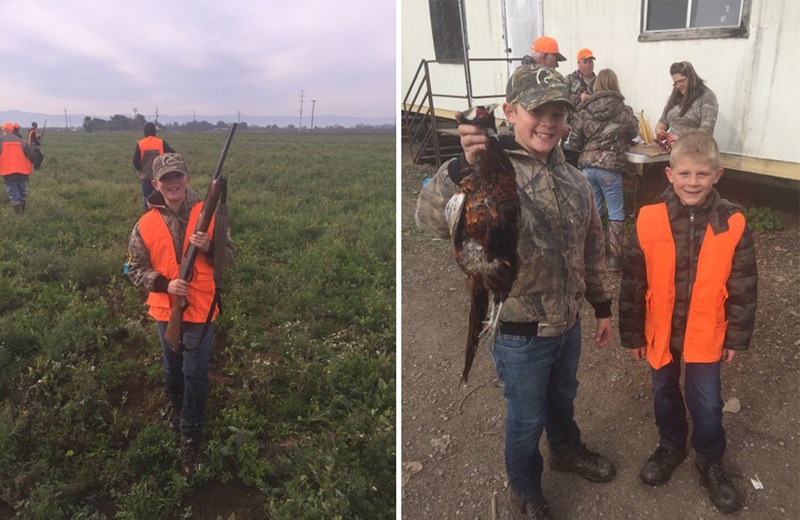 The event was made possible through a grant given to the Stockton Sportsmen’s Club from The NRA Foundation. Through those funds, the club was able to make arrangements with local farmers to allow access to land to hunt, plant and clean birds for hunters, supply lunch for all participants, and give each hunter a free raffle ticket for their chance to win a gun or other prize.

This hunt truly was a bonding experience that this grandfather and his grandsons will never forget. “We cherish having had this experience together and we’re truly thankful to the Stockton Sportsman's Club and the NRA.”
IN THIS ARTICLE
NRA Foundation Friends of NRA Hunting Pheasant
More
SUBSCRIBE