2017 Friends of NRA Gun of the Year: The Daniel Defense V7 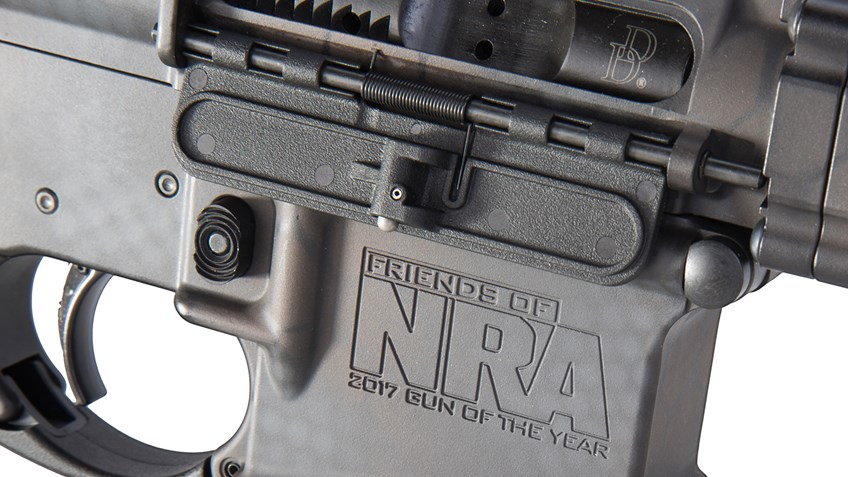 Friends of NRA has chosen the Daniel Defense V7 as its 2017 Gun of the Year for their 25th anniversary, marking the first time an AR-15-style rifle has earned the prestigious honor.

The AR-15, commonly referred to as “America’s Rifle,” is the most popular rifle in the United States, with an estimated 5 million AR’s owned by American sportsmen, competitive shooters, hunters, law enforcement professionals and hobbyists – and increasingly, everyday Americans.

The Georgia-based company, founded by Daniel in 2002, began when he realized the immense growing popularity of the “black rifle,” and saw an opportunity to become a leader in the field. He turned the happenstance of selling a few extra rifle parts he had manufactured into America’s fastest-growing AR manufacturer, building a reputation of reliable, cutting-edge sporting rifles to meet a massively growing demand in the U.S. firearms market.

The 2017 NRA Gun of the Year also boasts a Geissele two-stage trigger, machine-engraved Friends of NRA logo on the lower receiver, and finished a unique hybrid paint scheme called “Rattlecan,” blending Daniel Defense’s Tornado and Mil-Spec Plus finishes for an aesthetic only available in the NRA Gun of the Year model.

The 2017 NRA Gun of the Year Daniel Defense V7 is only available through the Friends of NRA Merchandise Package, with items auctioned at Friends of NRA events nationwide. Each item in the package is exclusive to Friends of NRA, and represents the ultimate in quality products sure to become instant collector’s items.

The best part about purchasing this exclusive Daniel Defense V7? All proceeds from sales benefit Friends of NRA’s mission to support the future of the shooting sports! Since its inception in 1992, Friends of NRA has held over 17,600 events, reached over 3.2 million attendees and raised over $600 million for The NRA Foundation, a 501(c)(3) charitable organization.

Each year, The NRA Foundation allocates half of all net proceeds to fund projects within the state in which the money was raised and uses the other half to fund similar projects with a national scope.

Daniel lauded Friends of NRA’s efforts in improving vital training programs to educate record numbers of new gun owners in the U.S., as well as introducing new shooters and youths to the shooting sports in a safe, responsible and enjoyable environment.

“Friends of NRA does a great job in supporting training, safety and the shooting sports, and we’re very glad to be a part of that,” he said.