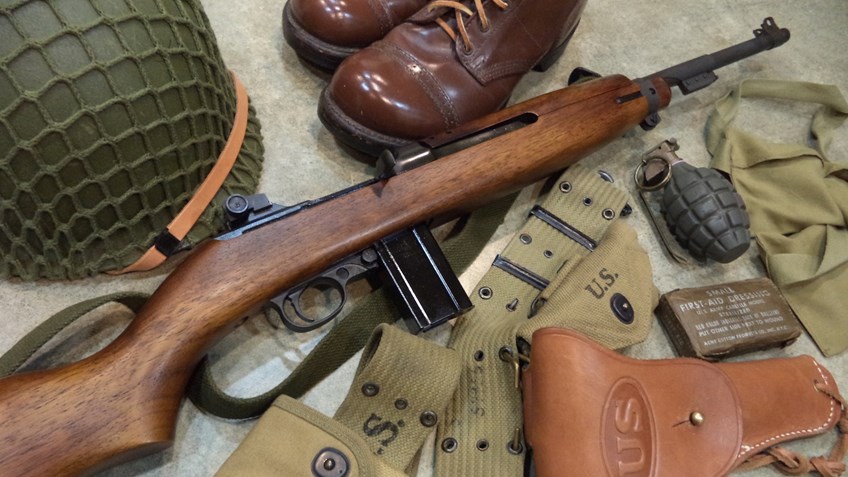 After the outbreak of World War II, U.S. Ordnance officers realized the likelihood that the U.S. would eventually become embroiled in the conflict. As attacks spearheaded by airborne and armored units replaced the static trench fighting of the previous war, it was all too apparent to these same officers that communications, supply, and other rear echelon soldiers could suddenly find themselves under attack by crack front-line enemy troops. The Army also realized the need for a new semi-automatic personal defense arm that would be more effective than traditional sidearms, but smaller than a full-size battle rifle.

Specifications for the new rifle were issued; among these was the requirement that its weight not exceed five pounds. In addition, the successful design was to have an effective range of 300 yards with the new Winchester .30 carbine caliber cartridge, which would be fed from a detachable box magazine. In May 1941, several test models were submitted for evaluation by various firms and individual designers. Among those represented were M1 rifle inventor John Garand of Springfield Armory; Eugene Reising of Harrington & Richardson, whose submachine gun would later serve with Marines in the Pacific; L. H. Hoover of Auto Ordnance, manufacturers of the Thompson submachine gun; and Val Browning, son of John Browning, whose design was submitted by Colt.

Winchester had also been working with a design for a gas-operated semi-automatic rifle, but the company's involvement with M1 Garand production prevented it from meeting the deadline for submissions. Two designs were dropped outright because they failed to meet the Army's specifications, and the six remaining prototypes were evaluated at Maryland’s Aberdeen Proving Grounds in June. Although worthy of consideration, none of these initial submissions completely met the Army's expectations, and another test was scheduled for September. Encouraged by Ordnance officials, Winchester modified its experimental rifle to meet the Army's specifications.

In less than two weeks, Winchester engineers and designers put together a crude hand-made model based on a scaled-down Garand receiver and the short-stroke gas system invented by David M. Williams. The Army was impressed with this design, but with less than six weeks before the second round of tests, the New Haven firm faced the daunting task of producing an operational prototype "light rifle" prior to the new deadline. 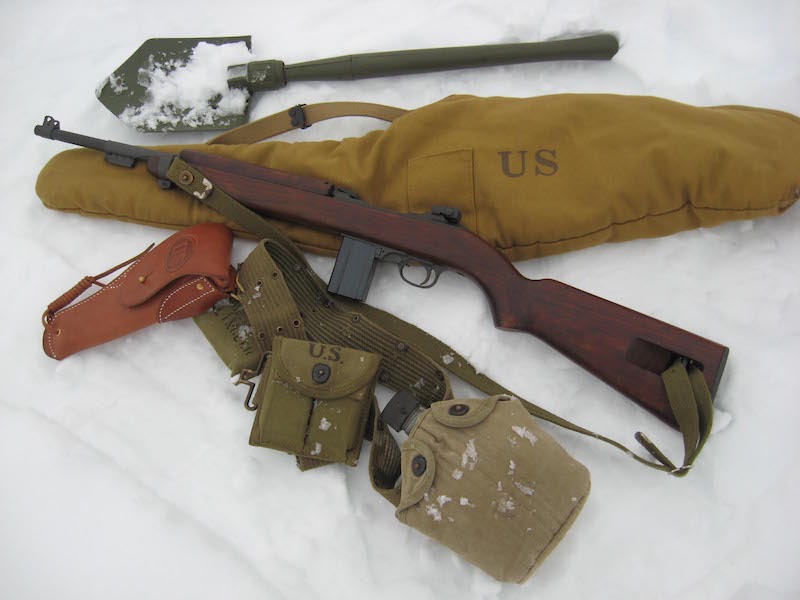 Winchester accomplished this nearly impossible feat, and when the smoke cleared, the company's entry emerged as the winner by unanimous decision of the testing officers. Designated as the "Carbine, Caliber .30 M1," this design had gone from design to hand-built prototype to adoption by the Army in only a few months.

The Navy and Marine Corps followed suit in selecting the new rifle for use by sailors and "Devil Dogs." Less than a month before the Japanese attack on Pearl Harbor, Winchester received a contract for 350,000 carbines. Winchester also agreed to authorize contract M1 carbine production on a royalty-free basis, and in turn, the government paid the company $886,000 as reimbursement for development costs.

After the U.S. joined the war against the Axis powers, the government subcontracted production of the M1 carbine. Ten primary contractors, including Winchester, I.B.M., and General Motors, assembled and delivered finished arms. These contractors also produced some of the required parts, but subcontractors turned out most of these. Production and allocation of parts was directed by a government-run "Carbine Industry Integration Committee," which ensured against both potential shortages and overproduction.

During its production history, several modifications were made to the initial design to improve performance or to speed production. Included were changes in the bolt, barrel band, stock, safety, magazine catch, and rear sight. Flash hiders, grenade launchers, and a bayonet mount were also available for use with the carbine as the war reached its conclusion. 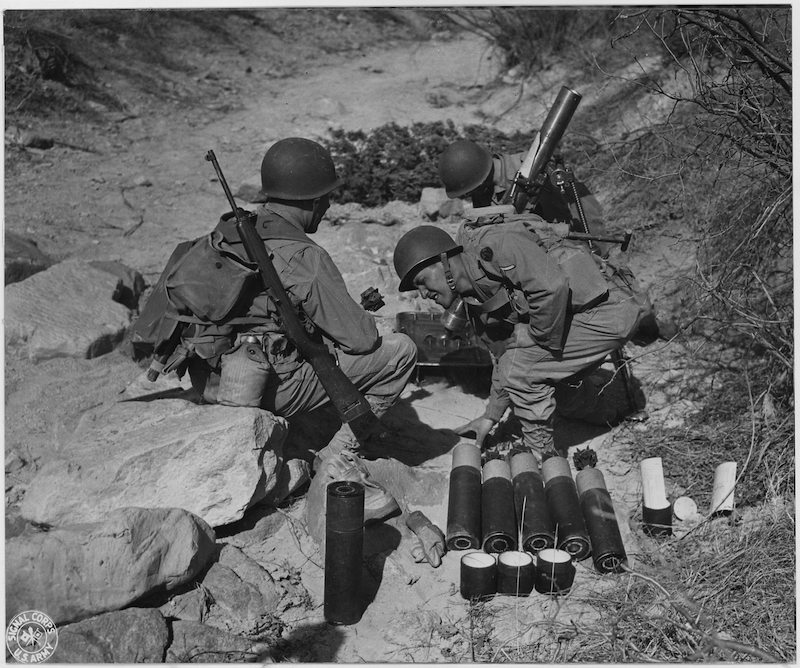 Standard production carbines were equipped with a full walnut stock, but a folding metal stock version, the M1A1, was also produced for airborne operations. Other variants include the T3, which was capable of mounting infrared night vision scopes, and the M2 select-fire carbine. Originally supplied with a 15-round magazine, the M1 carbine was also able to use the later 30-round magazines produced for the M2.

Over 6 million carbines had been manufactured by 1945, making it the most widely produced military arm in U.S. history. Most of these were produced by companies having no previous experience in firearms manufacturing. These arms saw service in every theater of war, serving not only with support troops and in rear areas, but also with front-line Army infantry and airborne units and with the Marine Corps in the Pacific. Although sometimes criticized for lacking the range and power of the M1 Garand rifle and its mighty .30-06 cartridge, the M1 carbine outperformed the pistol and even the submachine gun, especially at longer ranges.

After the war, many carbines returned with soldiers in barracks and sea bags as souvenirs of service abroad. Those remaining in military inventories were refurbished at government arsenals and placed into storage. Although M1 carbine production lines were closed in 1945, spare barrels were produced after the war. Unlike the .30-06 ammunition used in the M1 rifle, .30 caliber carbine ammunition was non-corrosive, which eliminated the need for an extensive carbine re-barreling program. 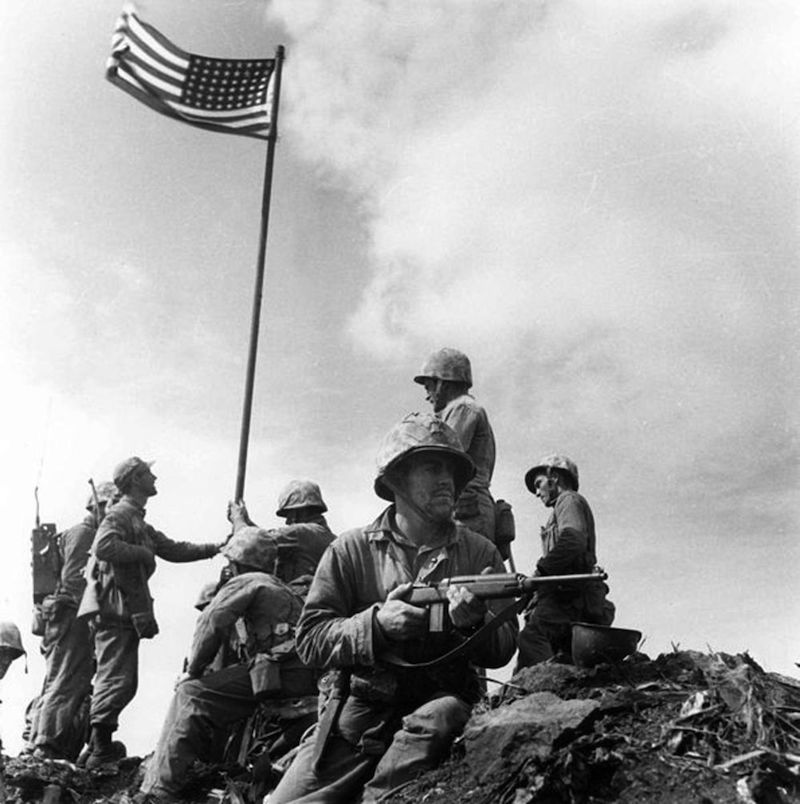 Nonetheless, some carbines did receive new barrels as part of the post-war overhaul. The M1 carbines saw action with U.S. troops in Korea, and even though they had been officially replaced by the M14 in 1957, some were still in service through the early stages of the Vietnam War. Several million surplus military carbines were also provided to U.S. allies throughout Asia, including the armed forces of the Philippines, South Korea and South Vietnam.

Approximately 250,000 carbines were sold publicly through the Director of Civilian Marksmanship program during the 1960s, while others were destroyed by the government during that period. Commercially produced copies were also available from Plainfield, Iver Johnson, and Universal, as well as from sources overseas. Today, the M1 Carbine is enjoying immense popularity, remaining a favorite amongst military arms collectors and being offered in retro replicas by gunmakers like Inland Manufacturing.

The M1 carbine did not replace the M1 Garand service rifle -- it was never intended to. Instead it provided officers, airborne troops and those serving in rear areas with a lightweight but effective offensive arm. The production figures for the carbine testify to its effectiveness in combat.

Want to see the M1 Carbine in person? Visit the NRA National Firearms Museum at NRA Headquarters in Fairfax, Virginia, or online at www.nramuseum.com.