The Smith & Wesson Model Number One: Birth of .22 Rimfire 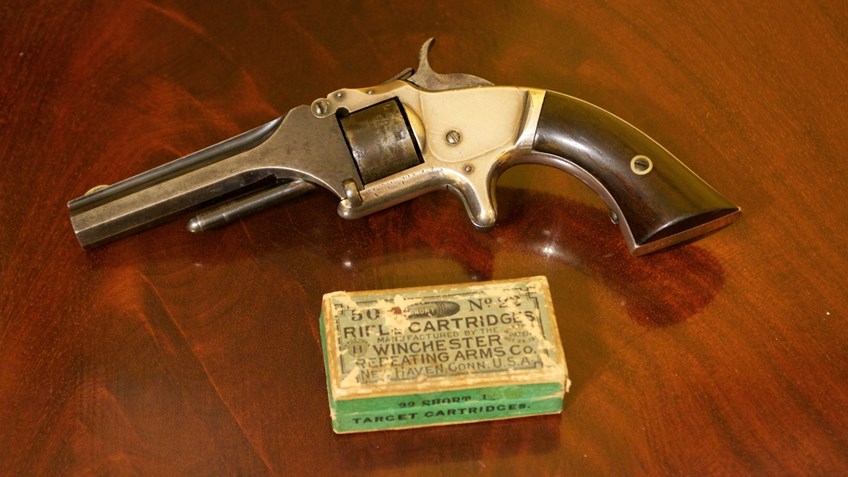 Samuel Colt’s revolver, introduced in the late 1830s, revolutionized firearms technology by providing a reliable repeating mechanism. Like other guns of the era, the Colts had to be loaded by packing each of the chambers with loose black powder and a lead ball, followed by placing a percussion cap on the nipple of each chamber. Six shots in rapid succession was a great leap forward, but the reloading process was cumbersome and time consuming.

Pre‑loading the ball and powder into fragile paper cartridges would speed things up somewhat, but not much. What was needed was a repeating gun that would chamber a self‑contained cartridge that would stand up to the rigors of weather and rough handling and could be quickly loaded and unloaded. The first Smith & Wesson partnership took a preliminary stab at the problem with their lever-action repeating pistol.

Meanwhile, in Europe progress was being made toward developing self‑contained cartridges using a metal case to hold the powder and/or primer. Both pinfire cartridges, wherein a firing pin protruded from each cartridge, and flobert cartridges, an underpowered early rimfire type concept, showed some promise.

Slowing development in the U.S. was the fact that Colt held an exclusive patent for the revolving mechanism necessary to make an effective revolver. When that patent expired, D. B. Wesson invented the .22 rimfire cartridge and a small seven‑shot spur trigger revolver to fire it. Smith and Wesson teamed up again to manufacture the new type of gun. 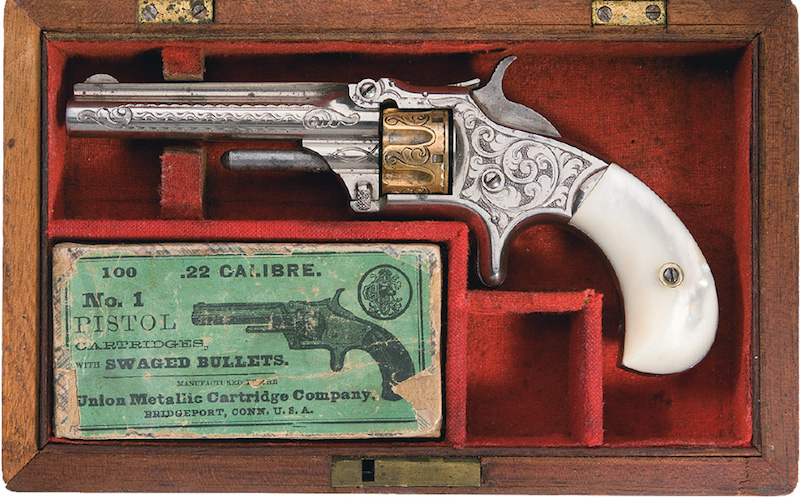 One impediment proved to be that the concept of a revolver cylinder bored through from one end to the other had been previously patented by one Rollin White. White had patented the bored through cylinder incidental to a plan to improve Colt’s revolver. Colt had not been interested in White’s concept.

Smith & Wesson soon purchased the right to use the Rollin White patent and began manufacture. The White patent provided S&W with a virtual monopoly on the manufacture of effective cartridge revolvers through 1872.

Smith and Wesson called their little .22 rimfire cartridge the Number One cartridge -- a name that came to be applied to the gun that fired it. The cartridge was essentially the same as the .22 short that is still sold today. However, modern smokeless ammunition should never be fired in these little old .22s. [In terms of rimfire ammunition,] The Model Number One is the gun that started it all.

Copyright, Jim Supica and Richard Nahas - used by permission. Opinions are those of the authors and not necessarily those of NRA or the National Firearms Museum.