Volunteer of the Week: Konnie Couch 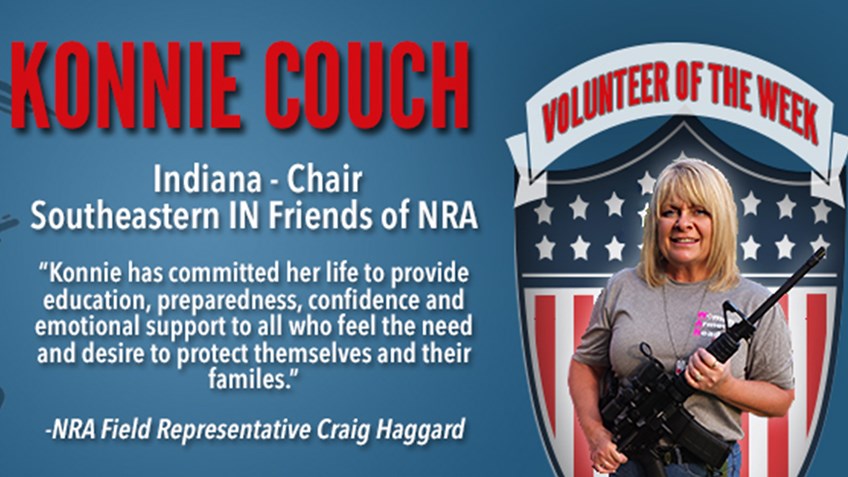 More
SUBSCRIBE
This week’s Friends of NRA Volunteer of the Week is Konnie Couch, chairman for 1 year of the Southeastern IN Friends of NRA!

This past year, Konnie has...

"Konnie worked a booth in all of her local fairs, she also visited or called almost every organization & business in the area.  Konnie is the founder of a group called Women Armed and Ready.  In only a year Konnie's group had well over 200 women.  They have expanded other chapters in areas outside of her hometown.  She has appeared on NRA All Access.  She is able to not only rally people behind her, but also to reach the goals she sets for her people and their organization.  She was able to successfully lead her women during her first term as a Friends of NRA chairman as though she had been doing it for a long time."

Check out this clip from Konnie’s segment on NRA All Access!