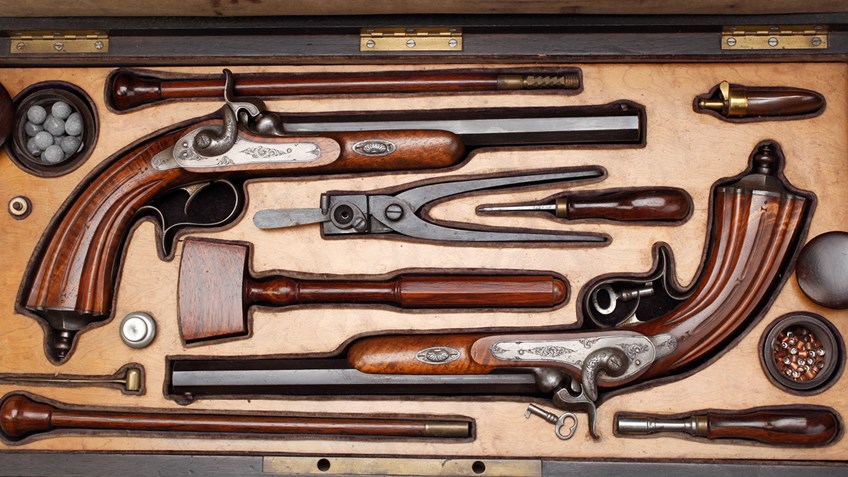 More
SUBSCRIBE
Pop culture has always been captivated by defending one's honor in colonial-era pistol duels, but you might be surprised to learn there was a lot more to how proper gentlemen settled their differences than "pistols at dawn, 20 paces."

First off, dueling was actually denounced publically and frequently forbidden by law even though it was clandestinely observed in both Europe and America through the 1800s. No true gentleman was without a paired set of smoothbore pistols (rifling was considered an unfair advantage) during this time - just in case. Many United States presidents, senators, and other statesmen are known to have participated in duels and the practice wasn't even formally banned in Washington, D.C. until 1883.

A formal duel was a carefully choreographed affair that followed the Irish Code Duello, a strict series of rules established in 1777 that laid out the exact process of a dueling with firearms. The code was almost uniformly adopted throughout Ireland, England, continental Europe, and America with only slight regional deviations. 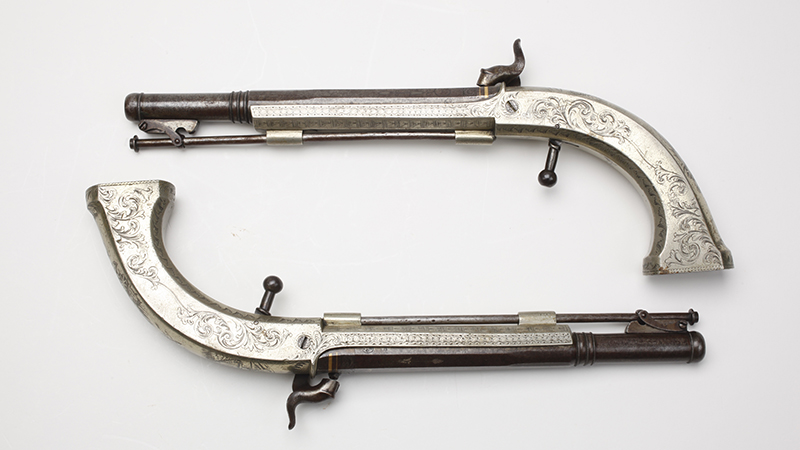 Flat, secluded places like sandbars and islands were ideal locations for duels, but the two duelers, or principals, weren't the only ones present. Assistants known as "seconds" would prepare the pistols for use and a surgeon was required to be in attendance to tend to any wounds.

So what happened if both parties missed? If there was no effect after the initial exchange of shots at ten paces, the primaries could elect to move closer and shoot again or end the affair with honor upheld.

Resident firearm experts Jim Supica and Phil Schreier examined a fascinating pair of Durs Egg dueling pistols at Rock Island Auction Company on last night's all new NRA Gun Gurus. You can watch them discuss the pistols' finer points and find out how much they went for in the clip above.

For those of you curious to learn the exact rules for duels, below is a list of 25 points from "American Duels and Hostile Encounters," Chilton Books, 1963.