Lessons from the Gun Range: A Note From Coach 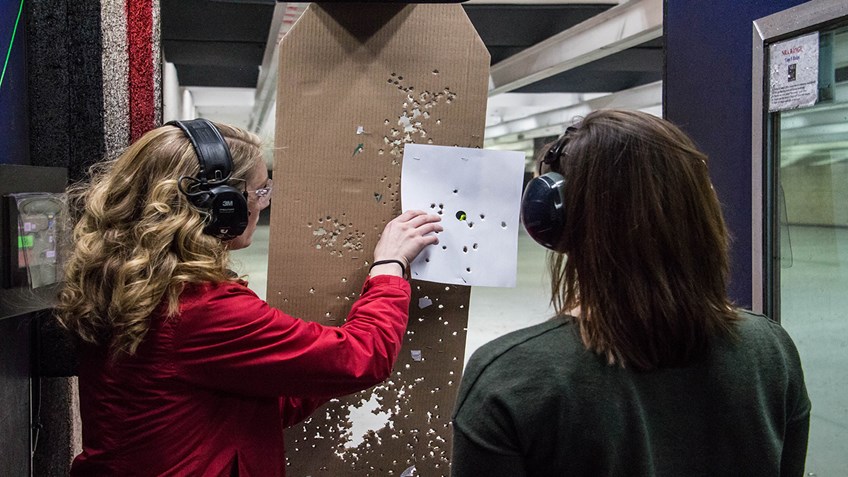 A Note From Range Manager aka Coach on being My Mentor:
Being an NRA Instructor is a responsibility as well as a privilege that I take pride in and respect the standards that I’ve been entrusted to uphold. Every Instructor has a different approach to training and unique motivations, though the core objectives are the same. Equally, each student has a different viewpoint when deciding to learn how to shoot and the extent in which they wish to build their skill sets. Some are nervous, some believe they already know the basics, and others are excited to learn something new while building on previous experience.

I began to think to myself “Will this be the first student that I won’t be able to train?”
Last year a colleague approached me and asked for firearms training. She was excited to learn and ready for me to give her as much knowledge and skill as possible. In short, my favorite kind of student; one with few preconceptions, an open mind that was willing to listen, and no bad habits! When she arrived for our first scheduled lesson, her excitement was diminished, however. She explained to me that she had had a less than successful shooting session with another individual that week which had convinced her she would never shoot well. This is where I as the Instructor had to challenge myself to instill confidence and a positive attitude in her by gaining the trust of my new student. So, as we walked onto the firing line I began to think to myself “Will this be the first student that I won’t be able to train?” Not a chance; failure is, as they say, not an option. I began by teaching her the basic functions, fundamentals and handling techniques using dummy cartridges with her quickly gaining confidence in what we were doing. As NRA Instructors we teach using certain principles including progressing from the simple to the complex, breaking down a skill and teaching one facet at a time. This girl was picking everything up perfectly! She did exactly as instructed the first time, and every time! Loading, trigger squeeze, unloading, muzzle direction awareness – all done with a careful attention to detail. Time for live ammo! First shot – dead center of the bullseye, a true confidence building experience. Her following shots were all on target. We celebrated her achievements and continued to focus on the fundamentals. The first lesson was a huge success. 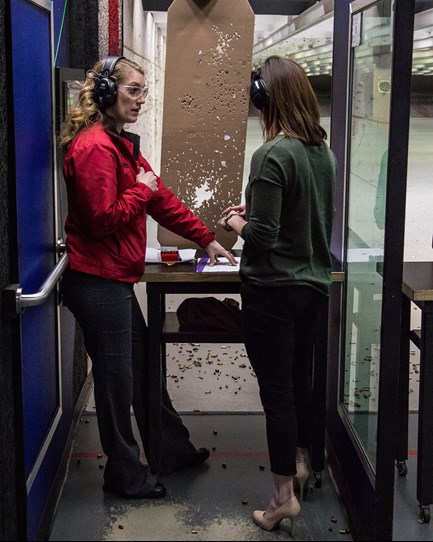 There was now another female shooter in the community who was eager to continue training, having mastered the fundamentals of safe gun handling and shooting skills. We scheduled lessons once a week and her development was incredible to watch. Over the next several months we worked on solidifying the fundamentals to the point of them being second nature then moved on to intermediate shooting techniques. She has asked for lessons on cleaning firearms (which I gave though I’m not the most enthusiastic of gun cleaners), defensive shooting drills, firearm comparisons, various action types, and, well, the list goes on. My student is now a confident, safe and responsible shooter who continues to train and explore the different avenues in shooting sports. Her fundamentals are strong and I’m proud to see her on the firing line demonstrating the skills she’s learned.

I maintain a great deal of respect for this industry and have a sincere love for the shooting sports. Having opportunities to train students like my colleague is what drives my dedication to the NRA Training Programs and support of the Association’s goals. It is comforting to know she and I will continue to work together and further our skill development for a long time to come.