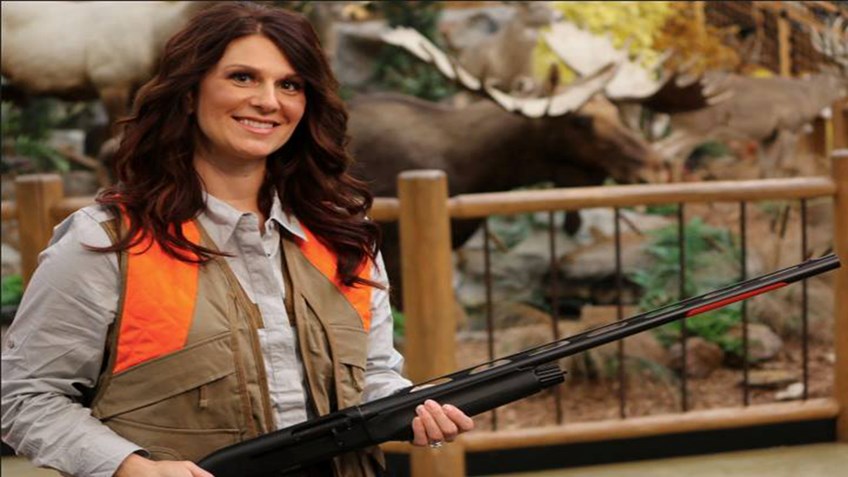 We all wonder where some of these firearm bloggers get their start. Some start because they have done well in a certain shooting discipline and have tips to share, others because they are on a their own quest to learn, some to give new information on products and there are those that write to continue the fight and keep the Second Amendment alive and in our hearts. Jenn Jacques does this and much, much more. Born and raised in northern rural Wisconsin she grew into an avid outdoors woman, target and skeet shooter. Her fiery passion for the Second Amendment and her voice as a concealed carry advocate have kept her active in WI politics and a frequent guest on NRA's own Cam&Co. She's co-founded Truth File and Guns and Curves and currently writes for BearingArms. Over at NRABlog, we dig her articles, her commentating and we wanted to get to know the girl behind the keyboard. In this three part series we dive into Jenn's background in guns, her voice for the Second Amendment and how her family fits into all of this. 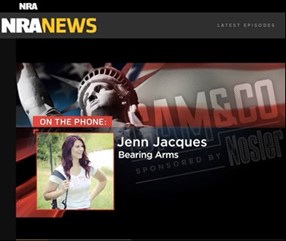 What is your background in firearms?
I was lucky enough to grow up in a very large hunting and shooting family. My father is an avid hunter and shot trap at our local sportsman club, we even had an archery range in our basement! I think I first shot a gun with my Dad in the backyard at the age of 12, one of the many perks of growing up in the country, and remember feeling so empowered and encouraged at hitting my target consistently!

Archery range in the basement– did you learn archery or guns first?
Gun safety was taught from an early age and then consistently throughout my childhood. Honestly can’t remember if I picked up a bow or a gun first, it’s kind of like asking “which came first, the chicken or the egg?”! I know they were both a big part of my upbringing and I’ve always respected archery and shooting sports equally. 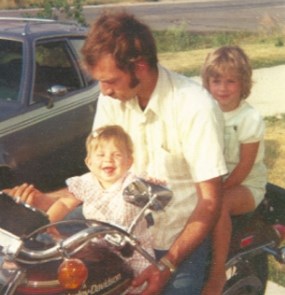 Who did you see as your mentor?
I would most definitely say my Dad. We were always taught gun safety, from a young age on and from driving deer in our Grandpa’s corn fields to working with Dad at the sportsman’s club or helping him make bullets at his workbench, the environment he raised me in taught me to not be afraid of guns, but to respect their power and use them appropriately. As far back as I can remember, he had an NRA sticker on the back window of his truck and always spoke very passionately about the tradition of hunting in our family and the Second Amendment in our country. He certainly instilled in me the pride of being a gun owner and taught me the responsibility we have to advocate for gun rights.

My mother is against guns, hunting, and we most definitely don’t talk about political issues much less Second Amendment rights! My sister used to shoot with us, but doesn’t anymore and my stepmother has been out turkey hunting with my Dad and joins him on his African safaris, although she doesn’t hunt large game.

Does it hurt you when people you know and love are so against what you are most passionate about? How do you deal with it?
As passionate as I am about defending our Second Amendment rights and advocating for gun owners and concealed carry rights, I am twice as respectful and work harder to have a positive discussion with everyone I come in contact with. Of course, that also means talking with people who may not agree with me. Not everyone in my family and circle of friends agrees with my view and while it is difficult to watch those I love stand against our God-given rights protected by the U.S. Constitution, I continue to try to get through to them in different ways. This does two things; first off, I like listening to their side of the argument because it not only educates me on what I need to be addressing in my work, it also helps me on my delivery by identifying what it is they’re focusing on. Secondly, by continuing to speak with loved ones about this issue, it just makes me a better debater. Most people will have a disagreement with a friend or coworker on a subject and never bring it up again. These are people who know and love me, so I’m able to really test the limits of my debate with them. 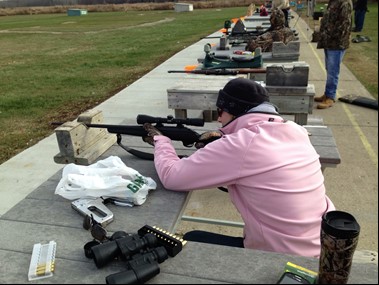 What are you most passionate about when people ask you about “guns”?
The most important thing, for me at least, is that every day, people who most would never guess to be carrying a gun walk quietly through their communities with their concealed weapons. I work to encourage everyone to talk about why they carry and challenge the stereotypes of gun owners that are put out there by people who don’t know us. I think part of the reason our country got to where it was about a year ago is that society had stopped talking about things like politics and religion, and combined with the admonishment of discussing basic topics like race and gun violence, the groups associated with gun control were able to gain a toehold on the public’s opinion of us. After more and more people recognized that their narrative wasn’t in touch with reality or hard facts, we started speaking up again and that tiny ripple eventually created the tidal wave of support for all things 2A we currently see across this country and beyond. I’m proud to be part of that tiny ripple and will continue to work to let everyone know that I do carry for self-defense and the protection of those around me. Even those who wish to disarm me.

Stick around for Part 2 of our Series on Jenn Jacques and learn more about her blogs and the work that she does for the Second Amendment. You won't want to miss it!