Volunteer of the Week: John Hutchison 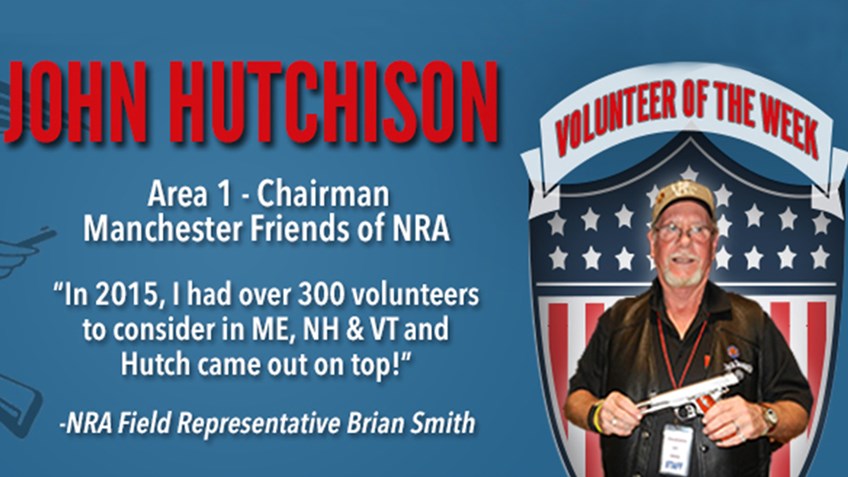 More
SUBSCRIBE
This week’s Volunteer of the Week is John Hutchison! He is the Chairman of Manchester Friends of NRA.

During his four years of service John has...

NRA Field Representative Brian Smith had nothing but amazing things to say about John:


"Hutch has been with Manchester Friends of NRA for four years; two years as Treasurer and two years as Chairman. Since taking over as Chairman, he has doubled the banquet attendance (over 300 this year), and he has brought in many more donations and underwritings. He visits all gun shops and potential donors and oversees the entire standard package underwritten. He attends almost every NH gun show to sell tickets and is also a recruiter and Stand and Fight Volunteer Coordinator. He works at Bass Pro Shops and has sold tickets at several weekend events held there. He is what every Friends of NRA Committee Chairman should be!"
Read more about John Hutchison

Want to volunteer with your local Friends of NRA chapter? Click here!
IN THIS ARTICLE
Friends of NRA Volunteer of the Week
More
SUBSCRIBE