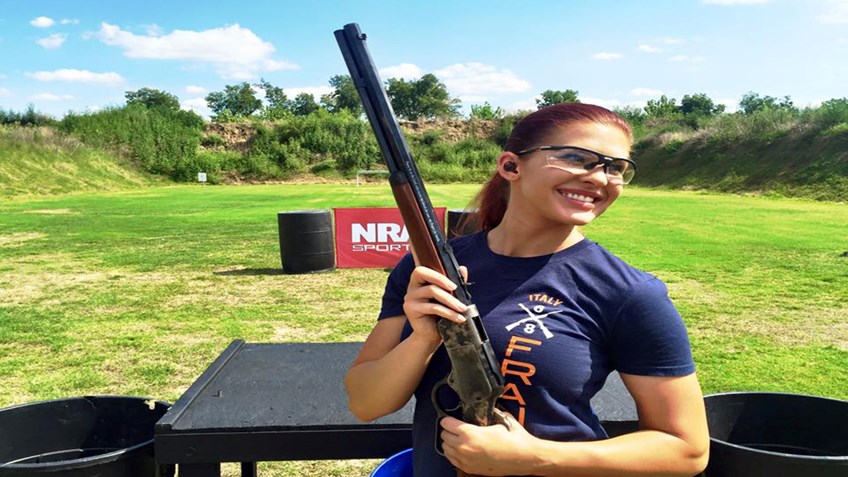 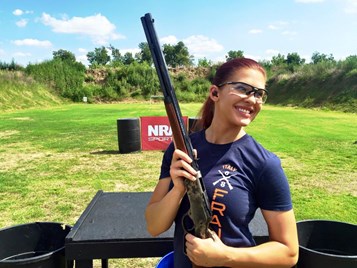 I agreed to this ludicrous request because of two simple reasons. For starters, I became known for my tenacity and willingness to do things outside of my comfort zone. I take pride in living up to that reputation each and every single day. Lastly, they assured me that in the amateur category of competition there will be people from all walks of life just looking to have fun. With that being said, I put aside my pride and decided that I, too, would just go to have fun.

Just last week I went down to Tulsa, Oklahoma to get a brief rundown of competitive shooting with two professional 3-gunners; Dianna Muller and her husband Ryan Muller. They both had the fortunate advantage of competing in the World Shooting Championship last year, so they had an idea of what to prepare me for. Full disclosure here; I am a very prideful and competitive person. I abhor looking foolish, incompetent, or unskilled. Given this, I was scared out of my wits to be training with these two professionals that I have a great deal of respect for. 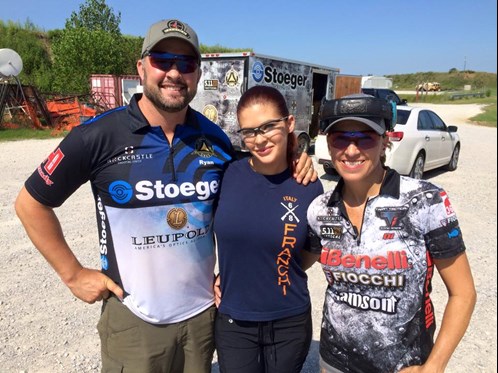 The first discipline they started me on was 3-gun; their specialty. Dianna explained that the key here is speed. Speed and accuracy. I had her run through it a few times so that I could “see how she did it” but I was really just trying to delay my own inevitably poor shooting that she would have to witness and tell people about.

Well, that inevitably poor shooting turned into a purely fortuitous round of dead-on accuracy.

My first round of transitioning from shotgun, to rifle, to handgun could not have gone any smoother. Sure, I could have gone faster, but I was just elated that I hit every target in a reasonably short period! Truly, I think Dianna was more shocked than I was. As it turned out, the entire 3-gun training continued in such fashion; I was a natural.

I should preface; though I have never competed, I am not new to shooting. I started shooting recreationally with my dad when I was 10. I grew up shooting squirrels with a shotgun, I became a pistol shooter when I received my concealed carry permit at 21, and I’ve been qualifying on the M16 A2 rifle with the Army since I was 17. Needless to say, I am extremely competent and qualified to be handling and shooting a gambit of firearms. So, maybe my training last week wasn’t simply fortuitous, but given how little I’m able to practice, I was still shocked. 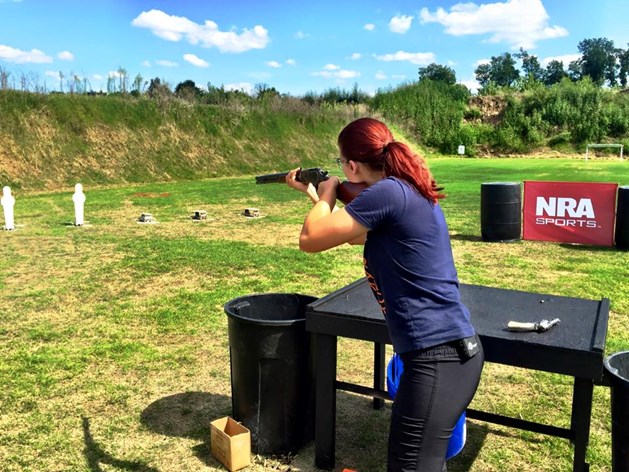 During my time with Dianna and Ryan we practiced 3 different disciplines; 3-gun, cowboy, and bullseye. As it turned out, I wasn’t as bad as I thought I would be. I was, dare I say, good. Dianna made a very strong point as to why I may have a modicum of natural ability; my strength. I mention it here because I am a firm believer that muscular strength and endurance makes anyone an all-around better athlete and shooter. If you want to perform better, work out. I can’t go a single day without being ridiculed (all in good fun) for my upper body strength and my self-proclaimed “man traps.” Never did I think that all my gym time would actually pay off! Because of my upper body strength, I can handle the weight of shooting a gun offhand. I can handle the recoil of a .45 in one hand with ease (Bullseye competition). My heart rate is infinitely lower than most which helps mitigate shaking. The benefits of muscular strength and endurance are indisputable, especially when it pertains to shooting performance. This may be my saving grace. Thank you, Dianna, for lending credence and justification for my hours of daily workouts!

Am I still intimidated to be shooting in the WSC? Of course I am! However, no longer am I looking at it as a competition, but as a means of bettering myself as a shooter. I am looking to have a good time, to test myself, and to even get tips from some of the better competitors. I am setting down my pride and going into this with an open mind.