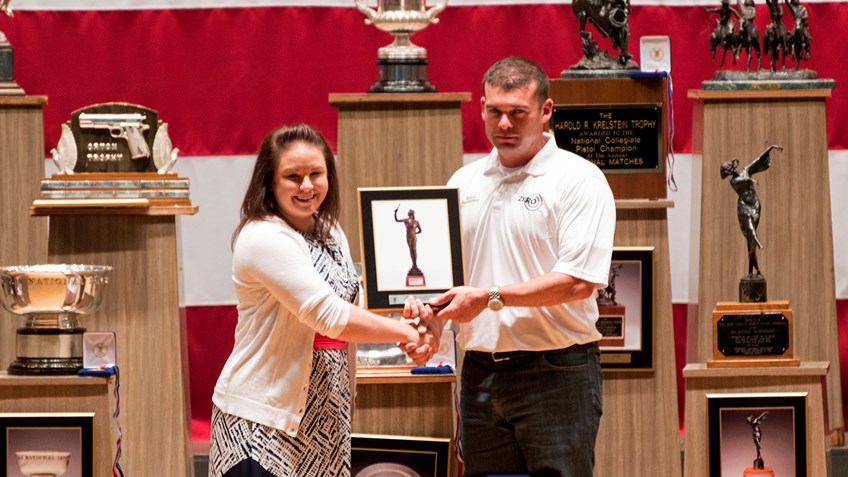 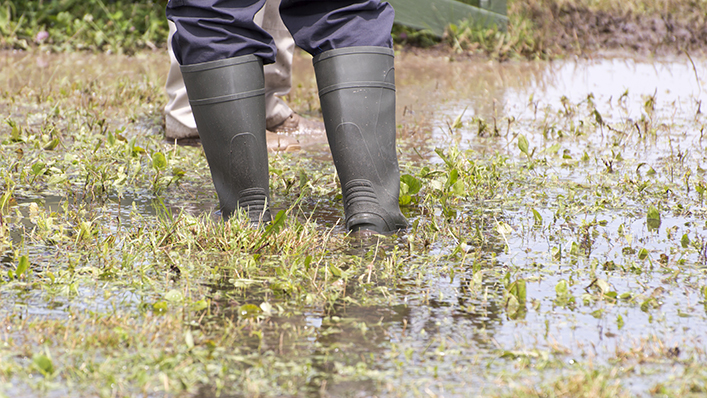 Did we mention that it was wet at this year's championships? You can always expect a little rain to come off the lake, but the midwest is experiencing torrential storms this summer and parts of the range - especially along the firing line - became flooded ponds.

But it wasn't all bad. Veterans of Camp Perry know to bring rain boots and new shooters quickly learn to make a stop at Wal Mart. Some shooters even stuck "No Wake" signs in the larger puddles to keep attitudes light despite the muddy situation. 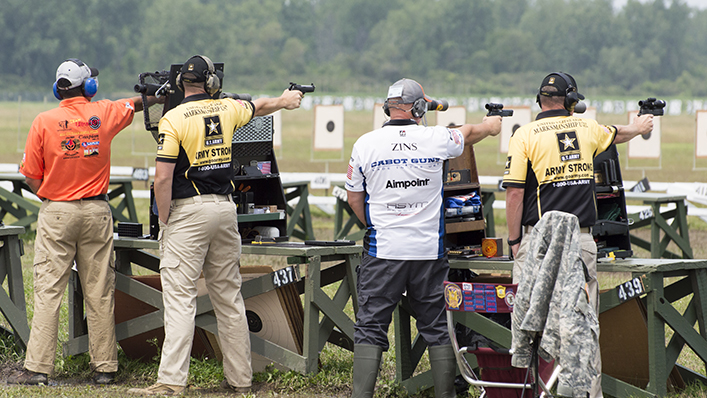 The unpredictable weather at Camp Perry is one of the charms that makes the National Matches so unique. You can shoot perfect at an indoor range? That's great. Now try doing it in the heat while standing in a puddle. By the way, the guy next to you is has been to the Olympics.

Not every competitor at the National Matches is a world class athlete or a pro shooter. The majority of people on the firing line are just regular firearms enthusiasts who love the pistol sports, meeting other shooters, and enjoy just being at the matches while trying to beat their own scores.

The NRA National Rifle and Pistol Championships aren't all serious, but they are all fun.
IN THIS ARTICLE
Camp Perry Pistol Ohio
More
SUBSCRIBE