Meet The Students Of Y.E.S. 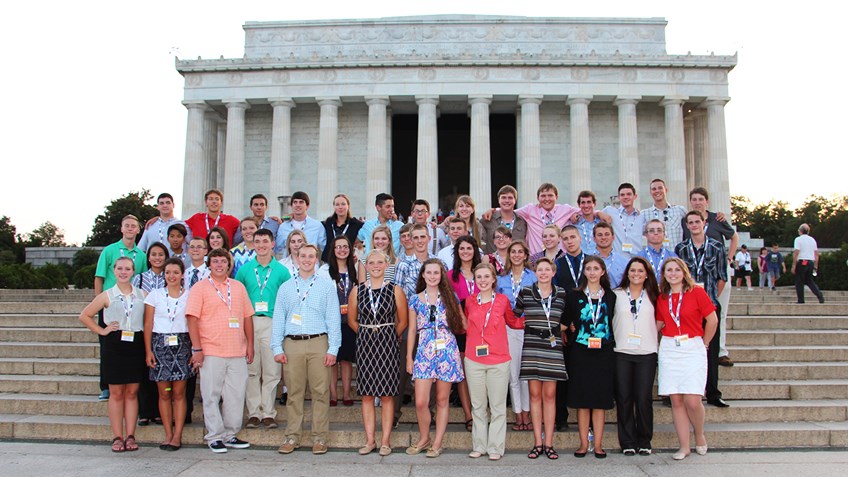 More
SUBSCRIBE
It’s been an exciting week at the NRA Youth Education Summit (Y.E.S.)! After touring the NRA National Firearms Museum, shooting at the NRA Headquarters range, researching and debating current issues, touring the Washington, D.C. monuments and the Capitol, and visiting Marine Corps Base, Quantico … Y.E.S. is still not over! This year’s Y.E.S. class is made up of 46 rising juniors and seniors from 38 states. As busy as the week has been, I have been able to sit down with a few of the students and learn a little about why they came to Y.E.S. 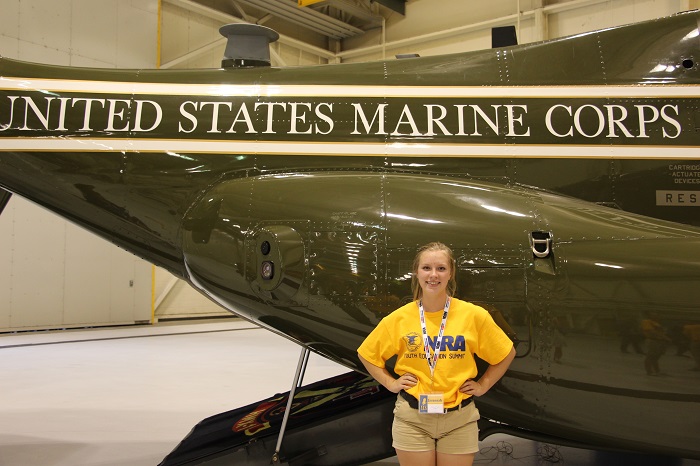 “I came to Y.E.S. to gain a better understanding on what role I play in defending my rights.”

Savannah has been involved with Friends of NRA for several years with her father who is chair of their local chapter. She attended state Y.E.S., winning the grand prize to attend national Y.E.S. As a hunter and bow fisher, she wants to protect her rights in order to pass down the traditions and hunting legacy she has shared with her father. She’s eager to learn about our country’s history and gain prospective on how history is affecting her life and her future. After high school, Savanah plans to attend Lee University to study early childhood development. 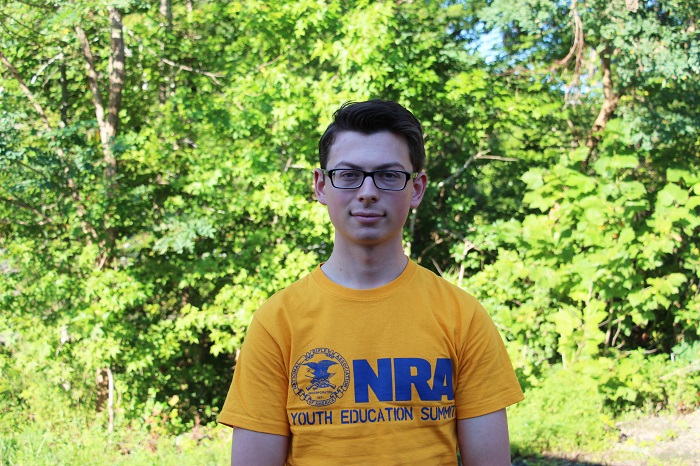 “These 46, we are a family. These friendships that we have built this week… those are the kinds that last.”

Elijah’s interest in politics and passion to defend his 2nd Amendment rights brought him to Y.E.S. He hopes to strengthen his leadership skills, broaden his horizons and make new connections. He’s excited that Y.E.S. is an opportunity to learn about different opinions and ways of thinking to better formulate his own ideas and views. Elijah was able to graduate from high school a year early and plans to attend Harding University with a dual degree in graphic design and marketing before pursuing his MBA from Harvard. 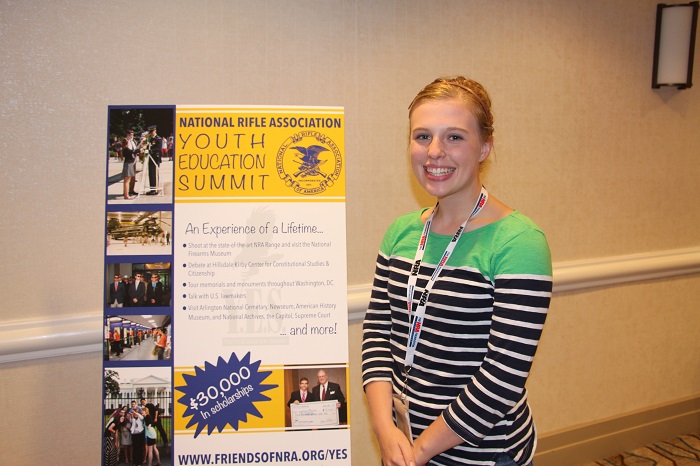 “My favorite part about Y.E.S. has been meeting other students from across the country and getting a better understanding of various cultures among the different states.”

Sonora is a hunter, target shooter, and history buff who strongly believes in our country’s system of checks and balances. She applied to Y.E.S. to not only learn more about our country and how to protect her right to bear arms, but to learn about debate and how to research the opposing side since her high school doesn’t have a debate team. Sonora plans on attending Kansas State University to study biological systems engineering before pursuing a law degree to become a patent attorney. 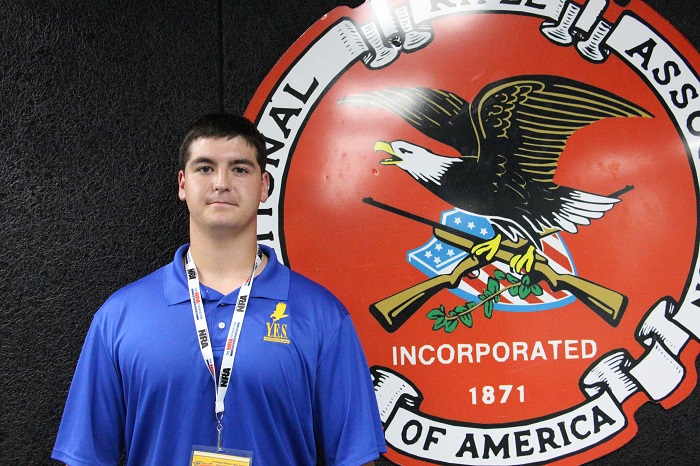 “I’ve really appreciated seeing where everyone else stands on issues from all different geographical locations. While many are different, it’s amazing how similar we are even growing up miles apart.”

Lucas applied to Y.E.S. in order to make connections in the shooting industry, learn how to better voice his opinions, and practice his debating skills. He is a USPSA shooter and a correspondent at Legally Armed America. He loved seeing the quality craftsmanship and marksmanship in the exhibits at the NRA National Firearms Museum. Lucas wants to study mechanical engineering in college to one day conduct research and development for a firearms company or even begin his own firearms manufacturing company. 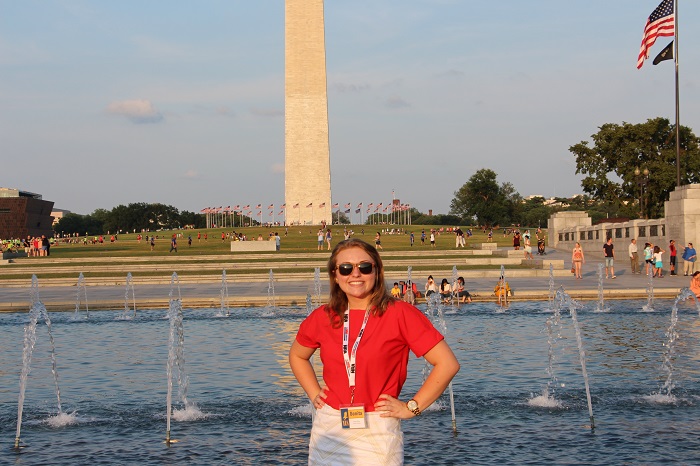 “Each journey begins with a step. As I visited the Vietnam Memorial, I walked alongside the wall and pushed my fingers along the rough engravings. I felt the significance of each name. Even in a world of so many- each name matters, each voice matters, and each opinion matters. I cannot thank the NRA enough.”

Bonnie’s passion for firearms began as something special to share with her father and grandfather and now shoots shotguns competitively! Bonnie came to Y.E.S. wanting to learn how to better support her stance on firearms and the 2nd Amendment and how to encourage female participation in the shooting sports. After high school, Bonnie wants to go to college to study bio chemistry before obtaining a law degree focusing on medical malpractice. She also aspires to begin a charity to assist women who have been victims of violence and rape. 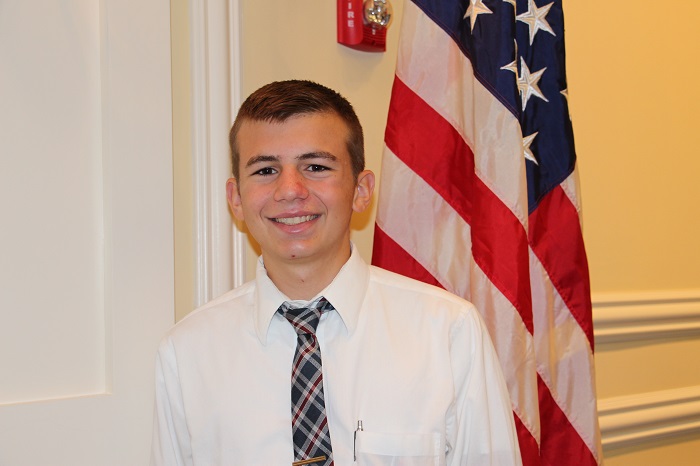 “It is baffling how you can take so many different people and make them into a family. No matter what we’ve done this week, getting caught in downpour in D.C. or touring the monuments at night, we’ve had a blast together.”

Caleb recently turned 18 (he celebrate his birthday with us at Y.E.S. this week!) but has been an NRA Life member since he was 13. He also enjoys hunting and works as a firearms sales consultant. He came to Y.E.S. because he loves debate and wants to learn more about NRA as well as what he can do to bring the NRA and its programs back to his hometown. After high school, Caleb plans to attended college as pre-law before pursuing a career as a Naval lawyer.
IN THIS ARTICLE
Youth Education Summit Friends of NRA
More
SUBSCRIBE