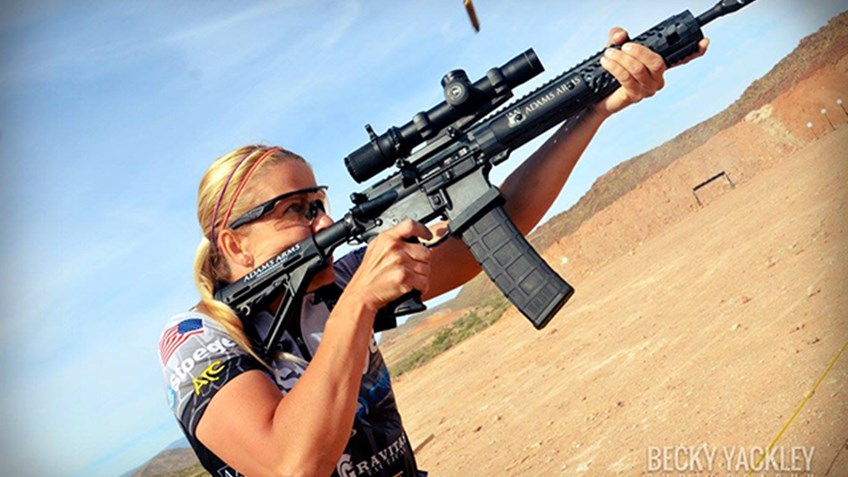 Last weekend, Brownells held its Lady 3 Gun Pro-Am Challenge West Match in St. George, Utah. The event brought out hundreds of top female shooters to compete in action-packed 3 gun stages for a tournament that is quickly making a name for itself in the shooting world.

Begun last year by Brownells CEO and NRA First Vice President Pete Brownell, many were skeptical that the inaugural Brownells Lady 3-Gun Pro-Am Challenge would have a supportive turnout, but 200 women from the United States and Canada, from experienced pros to those shooting their first 3 gun match, had a great time shooting with other women, testing out new gear and guns, and making friendships that are still going strong.

The 3 Gun Pro-Am Challenge East Match, which will aggregate scores from the West Match to determine the recipient of the Benelli Pro Cup Champion $5,000 check, will be held October 2-4 in Clinton, South Carolina. Interested in joining in on the action?