Lessons From The Gun Range - Lesson #3 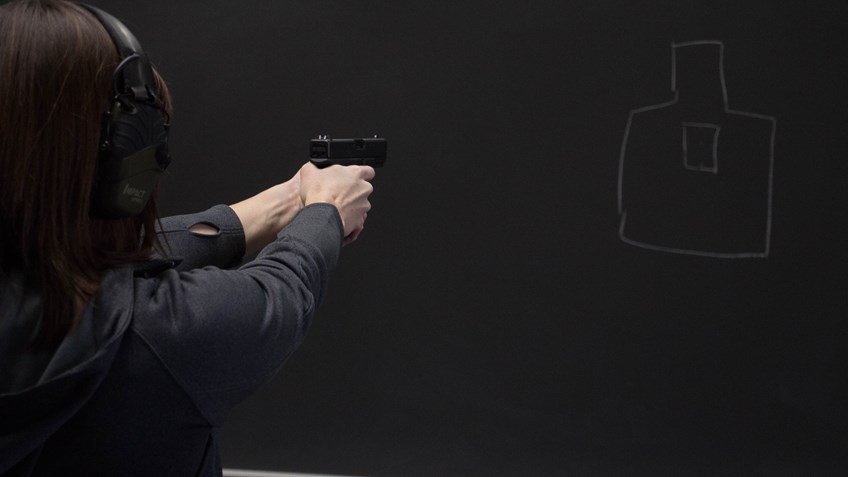 Hi, my name is Paxton and I practice the ‘art of Dry Firing”. If you are like me, new to shooting, dry firing is simply - firing your gun without ammunition.

It started when Coach decided to run me through some drills, only this time I had to do them against the clock.  She has been working on instilling the basics in me, ingraining them into muscle memory, into my dreams.

If you are, or ever were an athlete, you might understand this, one of my biggest fears was doing a drill within a time frame. I could be a brilliant athlete during practice but when it came to game time, pressure was my ultimate enemy. Anything could happen, I was viable to tripping, losing the ball, not making a cut fast enough, not shooting the ball before the buzzer. OH the pressure of the clock!

The Drill: The cardboard that holds the target will be available for 5 seconds, I was to get 2 shots off before then, and when that was accomplished I was to bring the gun down to my waist, stay in my ready stance (gun pointed down range – of course) and wait for target to be available again for the next round of 5 seconds.

The clock demanded that I go as fast as possible. And fast meant yanking down on that trigger. 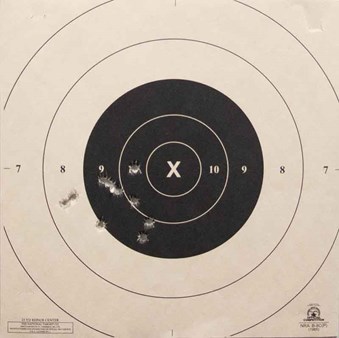 Bringing in my first target, I will say I was proud that the holes were all clustered together but clustered off to the left hand corner when I could have sworn I had been aiming at dead center.

“Just as I suspected. You need to practice dry firing.”

Thus began my love for dry firing. I was instructed to do the same drill, this time without ammo. One shot, re-rack, stay in ready stance and do it again, and again and again. Coach gave me phrases for each segment.

Practicing dry firing within a timed session made the pressure of the clock real, but the end result didn’t matter anymore. All of my concentration was focused on making sure I pulled the trigger S – L – O – W – L - Y and with the pad of my index finger. I captured myself dry firing. (The dramatic music is just for fun!)

I practice slow and steady trigger pulls and work to control my urges to yank down on the trigger.

Bringing me to Lesson Three: Practicing the Art of Dry Firing can drastically improve your shooting skills. Even if you have been shooting for years, dry firing is still a truly helpful tool because not only will it become muscle memory, but it can help

1.) With sight alignment as you pull the trigger
2.)  Maintaining your sights after the release.

And while, yes, dry firing might be boring, it’s a basic shooting skill that cannot be replaced with any other type of practice. Until my next Lesson, I’ll be dry firing, and you should be too… 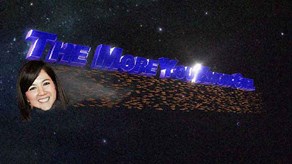 From The More You Know Girl (ba-da-da-daaaaaaaa!)
Lesson Three: Practicing the Art Dry Firing can drastically improve your shooting skills