Yes, I’m a Girl and I Shoot Guns 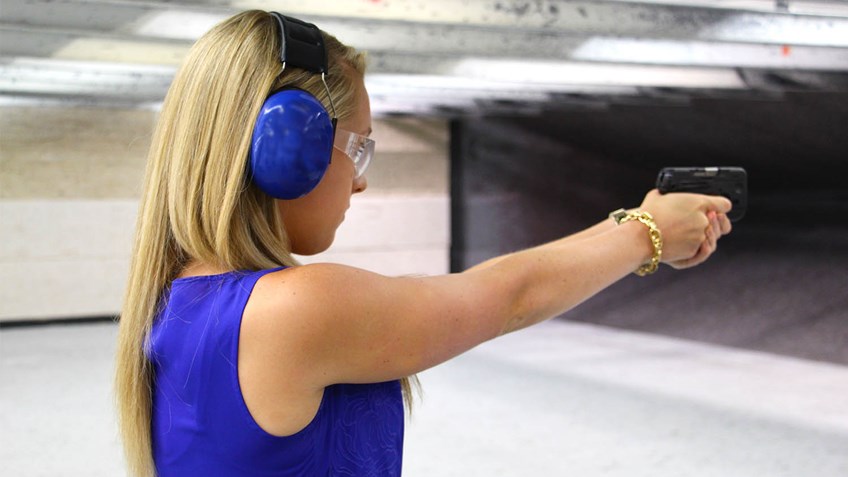 More
SUBSCRIBE
I’m waiting patiently at the front desk of a local gun range to buy more ammo (because going to shoot a couple of boxes somehow always turns into more). An employee steps up to help me and I ask for a box of 9mm. The gentleman next to me then turns and gives me a puzzled look…

“YOU shoot?” he asks. His emphasis heavy on the word “you”.

Gun owners are not always who you expect. They are different genders, different races, and have different political and religious beliefs. They are mothers, athletes, celebrities, neighbors, blue collar workers, and CEOs. But with such a strong stereotype of what a gun owner looks like, many keep quiet about their interest in guns.

And the question we need to start asking, is why?

In a recent article, “Gun Owners Don’t Always Fit the Stereotypes in ‘Purple State’ Virginia”, the author profiles Adith Subramanian, a vegan of Indian decent living in Northern Virginia. Subramanian is a “centrist with socially liberal views”. He is also a gun owner.

“Among his more liberal or vegan friends, Subramanian still feels like the minority. 'I do not mention guns around them at all. I have before once or twice, and it’s usually ended with me being looked down upon for owning guns.’"

We’re not going to change this perception unless we speak up about being gun owners. The truth is there are over 100 million of us in America. Over 13 million hunters and 11 million concealed carry permit holders. No matter who you are, where you live, what your political beliefs are, be proud to own a gun. It’s time to come out from the shadows and say “Yes, I’m a gun owner.”

As a gun owner, it is my duty to eliminate the stigma that I have to be a “white, middle-aged male” in order to own a gun, to appreciate a gun, or even to know how to properly shoot a gun. I am a young, suburbanite female who not only knows how to properly shoot my gun, but knows that I am my own first line of defense.

So it’s time to end the gun owner stereotype. We can’t be afraid to share our interests with others. Shooters come in all shapes, sizes and colors. We come from different backgrounds and beliefs. But we all share a common bond that brings us together…and it’s not that we’re old, white, and male.
IN THIS ARTICLE
Gun Owners Female Shooters Shooting Sports Concealed Carry
More
SUBSCRIBE