The Magic behind Tactical Tunes! 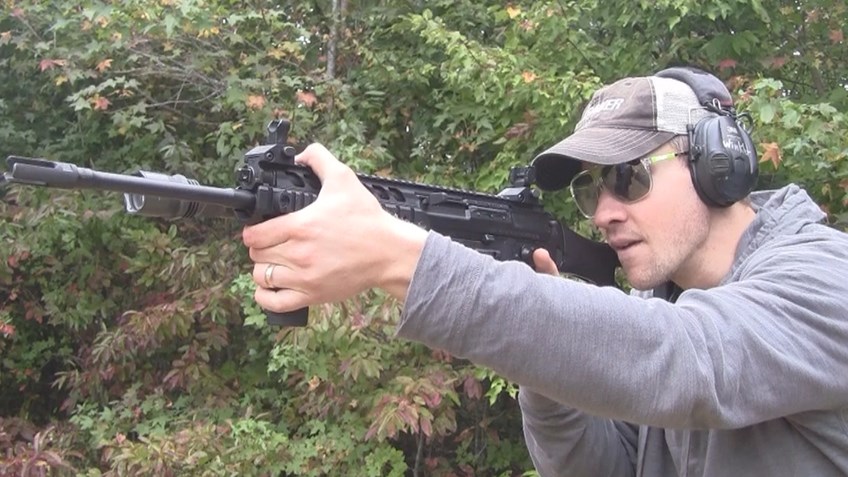 More
SUBSCRIBE
If you are a gun enthusiast and troll the internet then you’ve probably heard Jordan Winkler singing magical songs about firearms. If you haven’t heard of him let us make introductions;

Here he is singing one of his classic tunes
“Tap me, Rack me, Bang me”

1. You seem to be quite the musician, tell us about your musical background?


I started playing piano when I was 6 years old, and trumpet when I was 10 years old.  My parents have both made careers out of playing and teaching music at the professional level, so growing up, I was always around music. I found that I actually enjoyed practicing and soon began doing well in national music competitions in junior high and high school.  I majored in music for my undergraduate degree at West Virginia University and then attended Carnegie Mellon University for my Masters Degree in music.  I taught and performed music professionally in and around Pittsburgh, Pennsylvania until I began working for Tactical Response in January of this year.

2. What made you start writing these types of songs?
The YouTube gun community needed something different.  We have the tendency to take ourselves very seriously, which is a good thing, but it’s also important to be able to laugh at ourselves.

3. What inspired you to write these songs?


I enjoy being creative.  While I’m a classically trained musician, I also love pop music.  I’m a gun enthusiast as well, so when I found an outlet and audience on YouTube for humorous, lighthearted gun related songs, I decided to run with it.

4. What has been your favorite song to sing or compose?
My favorite song to sing would be almost any Ben Folds or Billy Joel song.  Those guys proved you can be a piano player and still be a rockstar!  Some of my own songs I’m most proud of are “Tap Me, Rack Me, Bang Me,” “The NSA Song,” “The Bloomberg Song,” and “Only Cops Should Have Guns.”

Only Cops Should Have Guns

5. What has been the main response from online regarding your songs? What is your fan base like?


If people are unfamiliar with my sarcastic, satirical style, sometimes they react rather harshly because they don’t get it at first.  The fans of my music are gun enthusiasts with a good sense of humor.

6. If you could have any celebrity in your music videos, who would it be?
From a musical perspective, Ben Folds. His lyrical and musical style continues to have a huge influence on my own music. From a pro gun perspective, Clint Eastwood.  What many people don’t realize is that he is an accomplished composer and musician as well as an actor, director, and all around badass.

7. From your personal collection what firearm is your favorite?
That’s a tough one!  For pistol I really enjoy shooting the SIG P226. My go to rifle is the Arsenal SLR107.

8. Who can you point to and say “That person” got me into guns, shooting and the love of it all?


When I met James Yeager and began training as a student at Tactical Response, my entire outlook on firearms, mindset, and self defense forever changed.  Firearms went from being an extremely enjoyable hobby to a lifestyle centered around honor and character.

9. What is your response when speaking with a person who is anti-gun?
Most anti-gunners aren’t knowledgeable about firearms, so it’s important to listen, ask questions, and lead them towards the truth.  They must see that those of us who are pro gun are also pro freedom, patriotic Americans who believe in our God given, constitutionally acknowledged and protected right to bear arms.

I’m in Love with an Anti-Gunner

10.What are your thoughts on the NRA’s educational programs?


The sooner and better we can educate people with accurate information on the responsible use of firearms; we can replace ignorant assumptions about guns.  The NRA’s educational programs are an essential, vital part of helping to develop safe and responsible gun owners.

11. Do you have any future plans for composing music videos?
Yes. In fact, I’ve recently uploaded several new music videos including one SIG asked me to write about their new pistol, the P320.

To hear more of Jordan's songs visit him on his YouTube Chanel Jordan Winkler (a.k.a. FX Hummel)