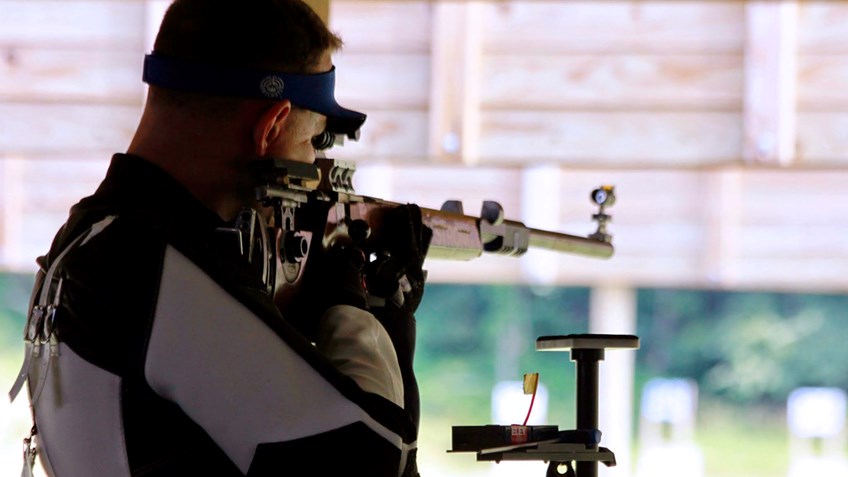 More
SUBSCRIBE
The Chief Wa-Ke-De Range in Bristol, Indiana, is the now the permanent home of the NRA National Smallbore Rifle Championships. After relocating to Indiana from Camp Perry, Ohio, the past two years to help facilitate the 2015 World Long Range Championships, the new location was so great that the NRA Smallbore Committee recently supported the NRA staff’s decision to have the championships stay put.

About three hours west of Camp Perry (so not too far away), the Wa-Ke-De Range has a couple improvements over the traditional setting at Camp Perry. For one, the 100-point firing line is covered in asphalt instead of grass. Two, the range sits in a large grove of trees that provide a beautiful setting and shelter from the wind - practically the opposite of Camp Perry's notorious wind and open fields.

Want to get started on planning next summer's trip? The 2016 championships will be held July 10-18, although the program won't be available until March 1 and online registration doesn't open until April 1. And don't worry, there are plenty of nearby accommodations. More than 21 hotels and motels are scattered between Bristol itself and Elkhart, IN 15 miles away. Camping your thing? Make a reservation at the KOA Campground just a mile away from the range.

Things get a little more shaken up regarding the international postal matches (Dewar, Randle, Whistler Boy, Mentor Match, Wakefield, and the Drew Cup). Instead of being on a set date, team captains now have the option to choose the day of their match as long as it's shot after that day's individual matches.

Remember the April 1, 2016 online registration date. These championships are limited to 200 competitors each, so don't make travel plans and then find you can't even sign-up for a match.

We'll see you there.
IN THIS ARTICLE
Smallbore Indiana
More
SUBSCRIBE