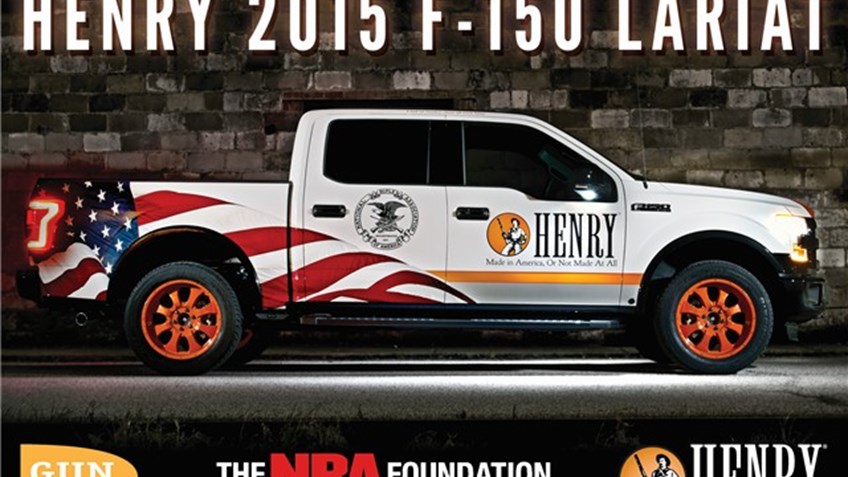 The NRA Foundation and Henry Repeating Arms are putting a patriot's dream vehicle up on GunBroker.com starting November 2.

Not only will this custom F-150 turn heads wherever you drive, but you'll feel great knowing 100% of the auction's proceeds go to The NRA Foundation, benefitting programs for youth and women's education, hunter education, range conservation, firearms and marksmanship training and safety, and much more.

This one-of-a-kind 2015 Ford F-150 Lariat 4x5 SuperCrew® is custom wrapped by SkinzWraps of Dallas, Texas. The artwork features Henry rifles, NRA and Americana images making this the dream truck for patriotic Americans who want to display their Second Amendment freedoms with pride.

Anthony Imperato, CEO of Henry Repeating Arms, wanted to come up with a new outside the box idea to support the National Rifle Association and the future of shooting sports. Being a proud supporter of American made products, Imperato decided to combine two legendary American companies in one auction to support the organization that fights for freedom.

“My patriotic juices started flowing the minute it dawned on me to combine the Ford Motor Company and Henry Repeating Arms into a donation that would benefit the National Rifle Association,” explains Imperato. 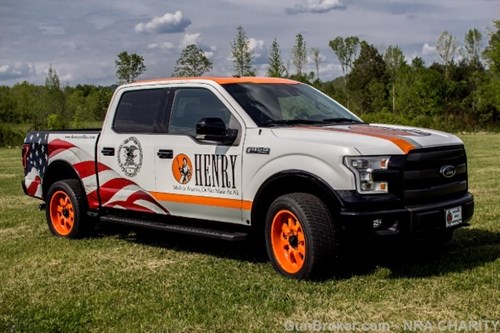 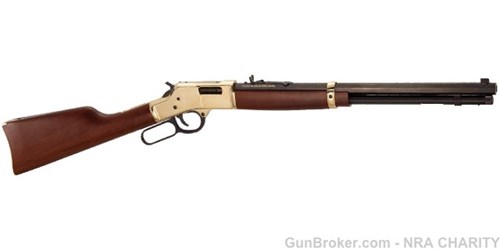 But that’s not all! The winning bidder will also receive a Henry Big Boy rifle in .44 Mag customized with the serial number of their choice (maximum 12 digits, any mix of alpha/numeric, but must include at least one number).

The auction goes live on GunBroker.com November 2 and ends on November 27 at 4:00PM EST, just in time for the lucky winner to take their new truck hunting.

Win this dream truck and Henry Big Boy .44 by placing your bid on GunBroker.com before November 27. Meanwhile, check out this behind the scenes video and visit Henry Repeating Arms on Facebook!