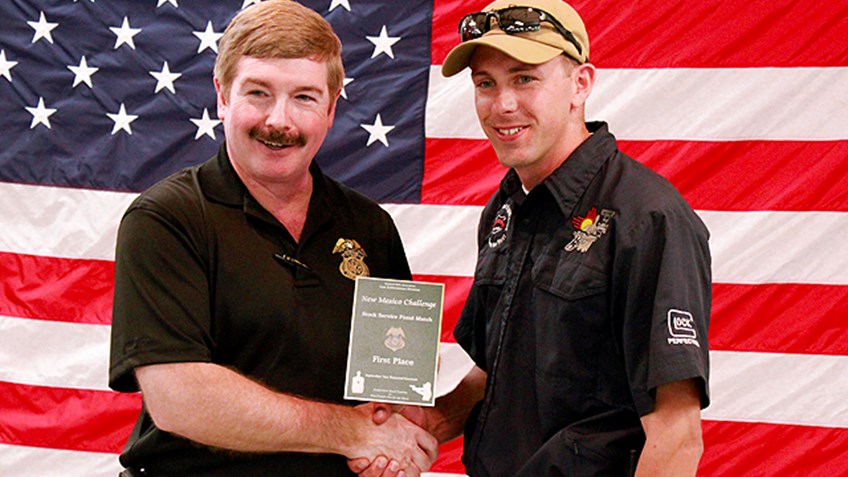 Albuquerque, New Mexico - With a score of 459-20x, Justin Jones of the Albuquerque Police Department laid claim to the NRA's 2014 New Mexico Challenge title. Besting fellow APD officer Matt Groff by 7 points, it's a win that hopefully inspires Jones to contemplate the benefits of competitive shooting.

"This even was created to bring first-time shooters into the shooting sports world," said NRA Law Enforcement Director Glen Hoyer. "Any excuse to improve your shooting skills is a good one, and if you walk away with a trophy or two, that's not too bad either."

A 48 shot match, the New Mexico Challenge is fired from 3, 7, 15 and 25 yards. A perfect score would be 480-48x ... but nobody expects a Challenge winner to walk away perfect. After all, hardly anyone finishes any match at the National Police Shooting Championships with a perfect score. But it's something to shoot for.

"The young man performed admirably. Any commanding officer would be proud to have him in the ranks."

Also recognized for their performance were to competitors from the Academy/Training Staff, Investigative Division, and Women's categories to name a few.