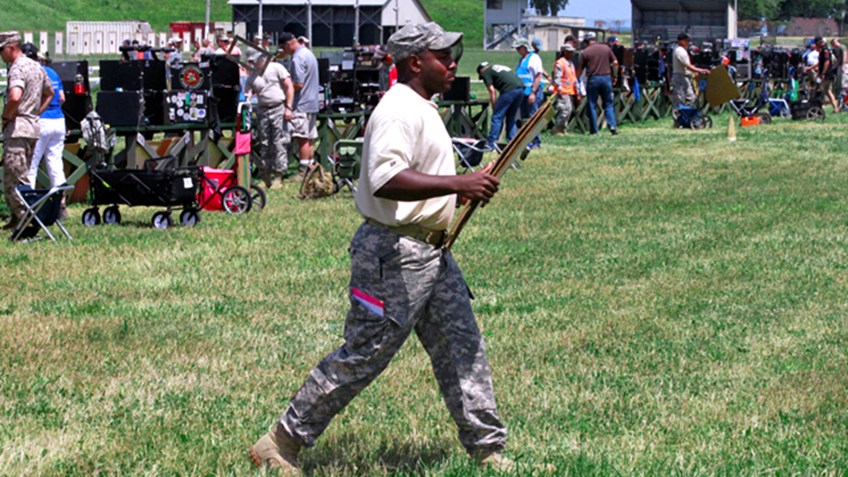 Port Clinton, Ohio - Ending Day Three of the NRA National Pistol Championships on the third page isn't what you shoot for (no pun intended). But when you've only been worried about marksmanship for grand total of 2 1/2 months, it's not a bad place to be. Such is the case for Sgt. First Class Lawrence Carter from Alpha Company, Special Operations Recruiting Battalion out of Fort Bragg.

"Shooting is shooting, but you have to have a lot more patient when it comes to marksmanship," the Sergeant explained. "It’s very precise. Dramatically precise."

On loan (not officially attached) to the U.S. Army Marksmanship Unit (AMU), Carter is part of a four man crew who made the cut. A select few soldiers outside the AMU who showed promise during training for this year's Interservice Championships at Ft. Benning. Though the crew was originally slated to reach six, logistics cut their numbers down to four.

The loss of numbers means individual performance will be even more scrutinized. But he hasn't let that pressure affect his outlook. 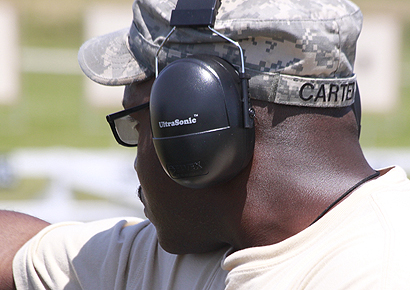 "I wouldn’t say I’m shooting at a high level right now," he chuckled. "One of my groups shifted all the way to the left and I was pretty much hitting in the 7 ring. But it was a pretty tight group."

Between relays, Carter takes the opportunity to talk with his line mates. A shake of the hands, a gregarious laugh and a question or two regarding tactics fill the time between rounds. Though shooting pistols for almost a decade, it's the style of shooting, the marksmanship side, that he's still trying to figure out.

"When it came to combat, we never really worried with putting shots in the ten ring at 50 meters. There are so many levels to consider."

Finishing Day Three with a grand total of 1543-17x means he probably isn't going to win any medals. But considering that three months ago he was barely shooting at all (when it comes to AMU standards), it's nothing to laugh at. In fact, considering his Master's rating, Carter is practically burning the house down.

So as the morning gets underway, the final morning of the 2014 NRA Pistol Championships, Sergeant Carter will find his squading, unload his gear, wait for the commands and fire. Knowing all he has done is all he could do. To take the first step in a challenge and try to be the best he can be.

Though he will not walk away with ribbons or medals, he will walk away with something more important; the knowledge of how to become an even better marksman.

"It takes a lot of patience and I’m learning every day. In the end it’s going to add more skill to my tackle box, and that's alright" 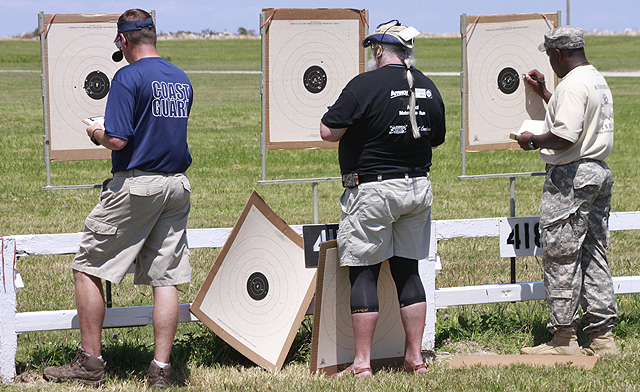