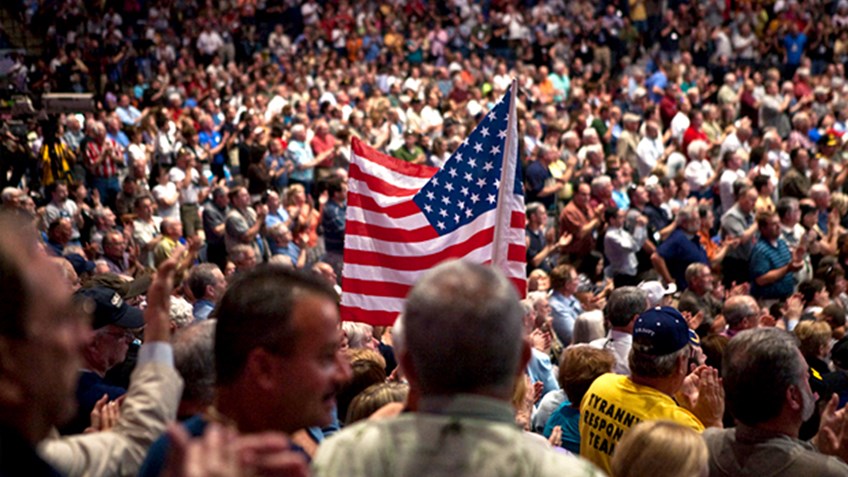 Fairfax, Virginia – The National Rifle Association Annual Meetings & Exhibits has been recognized by the Trade Show News Network (TSNN) as one of the fastest growing trade shows in the United States, by attendance, from 2011-2013. TSNN is the number one online news and resource for trade shows, tracking more than 22,000 shows worldwide.

“Recognition as one of the top trade shows in the country is not just a reflection of the vitality of the shooting and hunting industry, it also demonstrates that NRA is delivering an event that is constantly evolving to meet the growing needs and expectations of our members and supporters.” said Jeffrey Poole, NRA’s managing director of shows and exhibits.

This is the second major award received by the NRA’s Annual Meetings & Exhibits. Earlier this year, the 3-day long show was named the #3 Political Event in BizBash’s “Top 100 Events in the United States in 2014,” beating out even the State of the Union address. BizBash is a leading tradeshow resource hub for the event and meeting planning industry. Only events that have been in existence at least 25 years and have a significant impact on the economy and innovation as well as a prominence with the communities where the events are held are considered by BizBash.

The NRA Annual Meetings & Exhibits draws more than 70,000 attendees to a three day celebration of shooting, hunting, and outdoor traditions treasured by millions of Americans and their families. Attendees can explore more than eight acres of exhibit hall space featuring hundreds of exhibitors and products from every major firearm company in the country, book the hunt of a lifetime in the exclusive outfitter section, and view collections of priceless firearms in the gun collector area. In addition to the draw of the exhibit hall, members can attend countless speaking events, fundraising auctions, concerts, seminars and other special events.