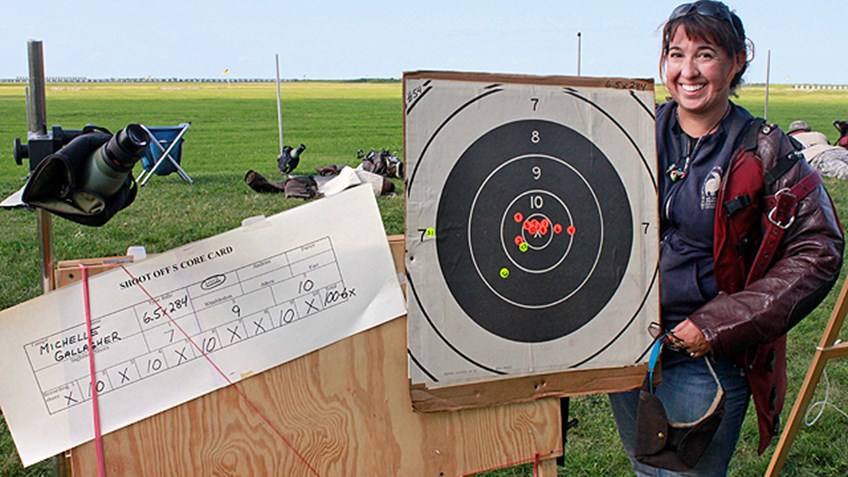 More
SUBSCRIBE
Competitors came together as Day Two of NRA's 2013 Long Range High Power Rifle Championships drew to an end. Though the scores were already totaled, there was still a list of champions waiting to be crowned. That is done via a shoot off.

Unlike the Smallbore matches, a majority of NRA's Long Range High Power competitions are decided by a shoot off. At the end of the match, the top three scores return to the firing line. In thirteen minutes, they are allowed three sighter shots and ten shots for record. Top score wins.

At yesterday's Leech Cup shoot off, it was Michelle Gallagher who ended with a top score of 100-6x (X stands for bullseye) to beat USAMU's Ty Cooper by a single X. 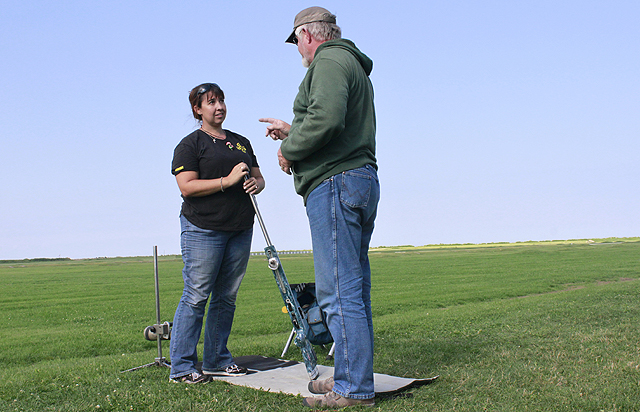 Michelle Gallagher receives a congratulatory hug from her mom after winning the Leech Cup at the NRA Championships "This is the first time I've shot this year in a sling at a 1,000 yard match," said Gallagher. "I've been shooting F-Class, so this is pretty special."

While F-Class shooters fire at the same distances, there are a few distinct differences — the targets are smaller and the rifle is shot with support from a bipod.

"I've been shooting with a sling for 17 years. F-Class is new, it's a different challenge and the people are fantastic." 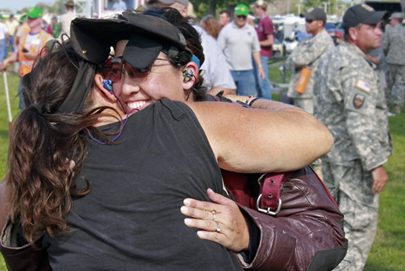 Though Cooper was her closest competitor on paper, last year's Wimbledon Cup winner Bob Gustin was on hand to mount a charge of his own. But Gustin's efforts were hampered by another one of those freak Camp Perry mishaps.

"Everything was fine at the end of the match, but when Bob took his first sighter shot, he wasn't even on paper," explained one observer. "Maybe someone bumped his rifle, messed up the sights, but whatever happened, Bob made a great recovery to find his wind in three shots."