NRA creating a 3-Gun focus on .22s and AirSoft for your local clubs and ranges 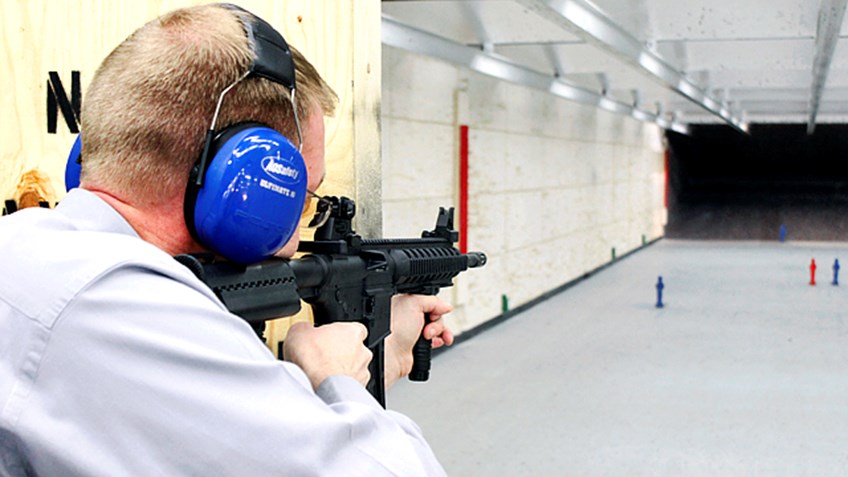 More
SUBSCRIBE
Let's say you're thinking about 3-gun. You've watched the competitions, read the articles, seen the YouTube clips ... you're a fan. But that's not enough. Eventually, you're going to want to move from the fan to the competitor zone. But how?

The NRA will have an answer to that soon. 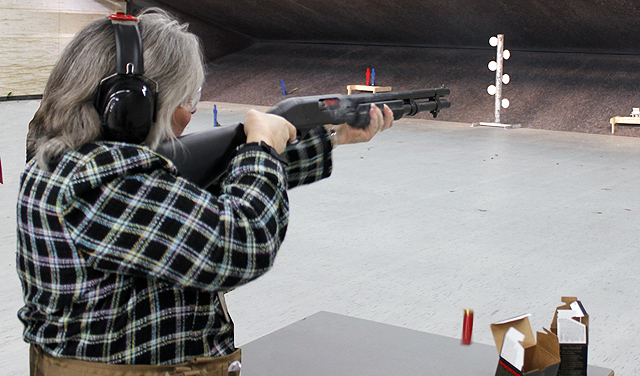 "We're road testing a new version that includes .22s and AirSoft guns," said NRA Sports Program Specialist Samantha Olsen. "Given the ever rising popularity of 3-gun, having an AirSoft or .22 version of the sport provides young or inexperienced shooters an opportunity to compete."

How do you road test a new 3-gun program? You invite your colleagues at the National Rifle Association down to the Headquarters Range ... that's how. 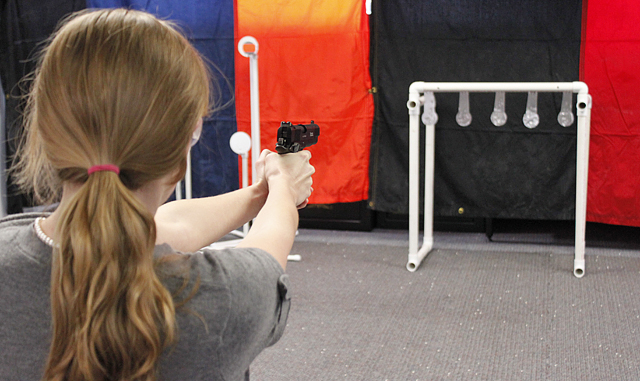 Hosted by Olsen and fellow Program Specialist Andy Lander, the new setup was put through the wringer by colleagues from NRA's Membership, Publications, ILA and Law Enforcement Divisions.

Some were old hands at the sport while a number fell directly into the first time 3-gunner category. "It was a great first step" said Olsen. "A few things need to be tweaked, but the overall results is that everyone had a great time in a safe, controlled environment."

Primary concerns centered around equipment and target choices. "The AirSoft shotgun had a heavy spring. That's fine for experienced shooters, but we'll probably go to an electric or gas powered version for the next run. And most the steel targets for the .22 course didn't fall, so we're looking into alternatives on that front too." 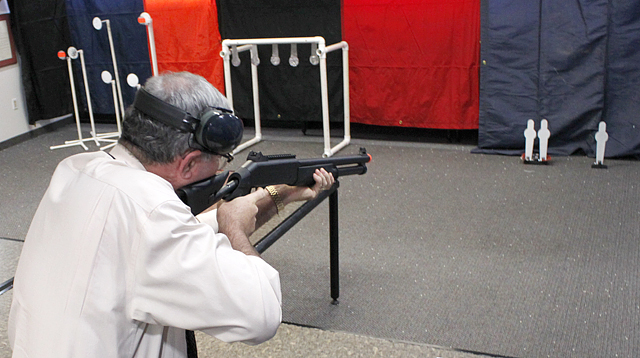 Though only a few trickled in at the start, the crowd grew to an impressive size before the event drew to a close. Word had spread, excitement was generated and scores were rattled back and forth in the friendly spirit of competition.

While Olsen and Lander tinker with the design, it appears that their first 3-gun with a .22 and AirSoft flavor was a hit. "I hit more then I had any right to," joked National Firearms Museum Director Jim Supica. "But they better look out next time."
IN THIS ARTICLE
3 Gun NRA Range NRA Sports
More
SUBSCRIBE