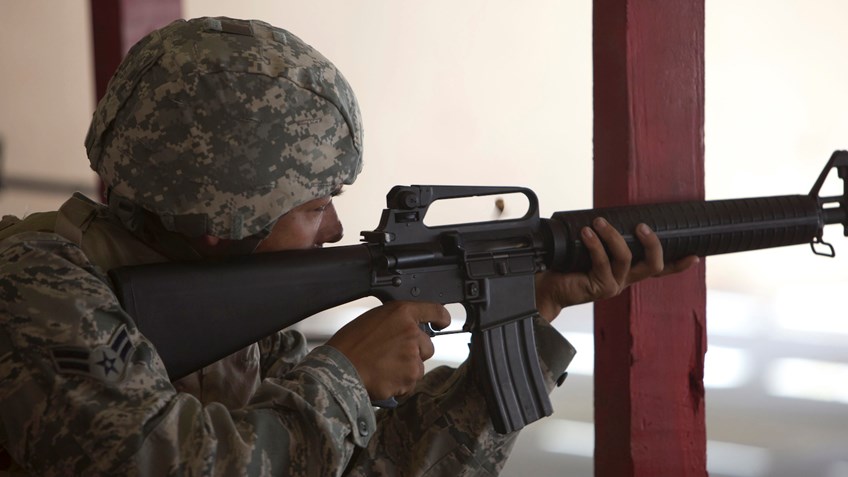 This Sept. 18 marks 70 years since the official founding of the U.S. Air Force. While the military had purchased its first aircraft in 1909, a mere six years after the Wright Brothers’ milestone successful flight at Kitty Hawk, it wasn’t until after the U.S. Army had sent thousands of Airmen and aircrafts into battle in two World Wars that President Harry Truman, seeing the undeniable significance of airpower in fighting and winning, signed the National Security Act, establishing the Air Force as an independent branch of the U.S. Armed Forces. 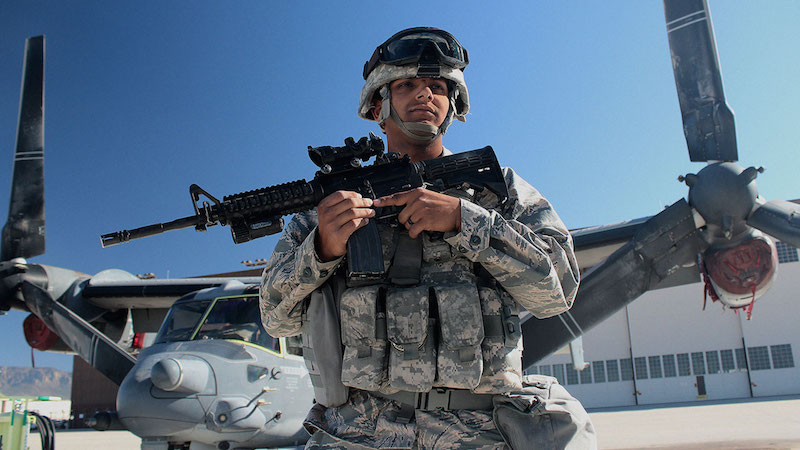 In the annals of the Air Force’s history, from its Army Air Corps roots to the agile sentry and defender of air, space and cyberspace it is today, many names conjure the spirit of the service’s beginnings, development and success in the skies and beyond. Airmen look back with deference at Gen. Henry “Hap” Arnold, Brig. Gen. Billy Mitchell, Airman 1st Class William Pitsenbarger, The Tuskegee Airmen, Airman 1st Class (later Sgt.) John Levitow, Brig. Gen. Chuck Yeager, and countless others who epitomize the Air Force’s core values: Integrity First, Service Before Self, and Excellence In All We Do.

In the long list of Airmen who’ve made significant contributions to the Air Force, the military and the nation’s wars, you’ll find an entry for Gen. Curtis LeMay, the fifth Chief of Staff of the Air Force. General LeMay is best known as the architect of strategic airpower, a fiery and controversial leader who insisted upon the use of nuclear weapons in times of absolute military necessity. In fact, it was LeMay who relayed the Presidential order to drop nuclear bombs on Japan in the final days of World War II, and suggested similar firepower years later against North Vietnam in the Vietnam War. 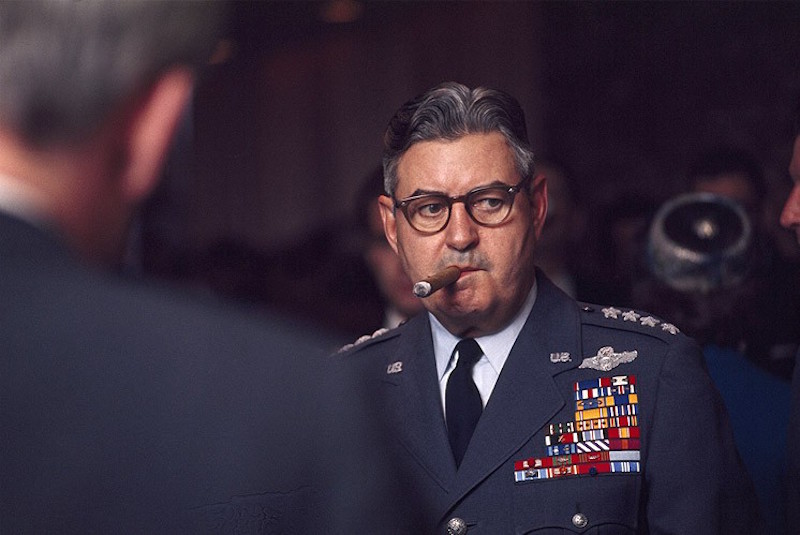 However, military history buffs and firearms enthusiasts can also point to another hallmark in LeMay’s long career: he’s the man responsible for bringing the AR-15 rifle to the U.S. military, which would go on to inspire the M16 rifle and change the face of military arms forever.

The AR-15, designed by engineer Eugene Stoner of ArmaLite, a division of California-based Fairchild Engine and Airplane Corporation, was a scaled-down version of Stoner’s initial AR-10, which used the larger 7.62x51 NATO (.308) cartridge. In the late 1950s, Stoner and ArmaLite executive George Sullivan submitted the .22-caliber AR-15 for rifle trials by the U.S. Army Infantry Board after impressing Army Gen. William Wyman.

Though the U.S. military had just adopted the M14 rifle as a replacement to the aging M1 Garands, Wyman’s curiosity was piqued, and he ordered 10 AR-15s and 100,000 rounds of ammo for testing in 1958. Despite mostly positive tests at Fort Benning, where the AR-15 proved to be almost three times as reliable as the M14 during development, Dr. Frederick Carten, an Army Ordnance Corps expert who was opposed to just about everything the AR-15 represented, failed to give the AR-15 a flattering review in his report, and the Ordnance Corps turned away from the innovative rifle. In February 1959, arms maker Colt bought the rights to the AR-15 and AR-10 from ArmaLite for $75,000 plus royalties on future production. 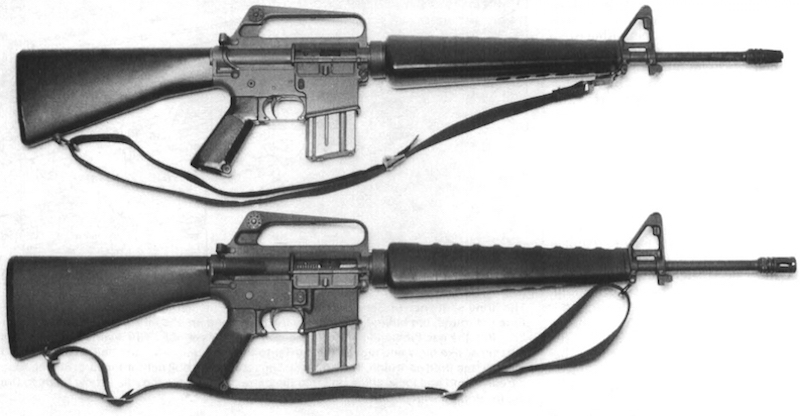 Enter General LeMay. As the famous story goes, the general was attending a Fourth of July celebration in 1960, and was approached by a salesman from Colt, looking to reintroduce the AR-15 as a viable service rifle. The salesman placed two watermelons on a shooting range – one at 50 and one 150 yards (LeMay colorfully opted to eat a third watermelon) – and handed an AR-15 and loaded magazines to LeMay. The general shot the rifle, and was instantly sold – he placed an order for 80,000 AR-15 rifles on the spot for the U.S. Air Force.

However, Congress stepped in and put the order on hold, citing the Army Ordnance Board’s denial of a re-trial of the improved AR-15 by new owner Colt. When a request came in to the Pentagon from Lackland Air Force Base to replace the old M2 carbines with AR-15s, Congress investigated the Ordnance Corps’ refusal to re-evaluate the rifle. 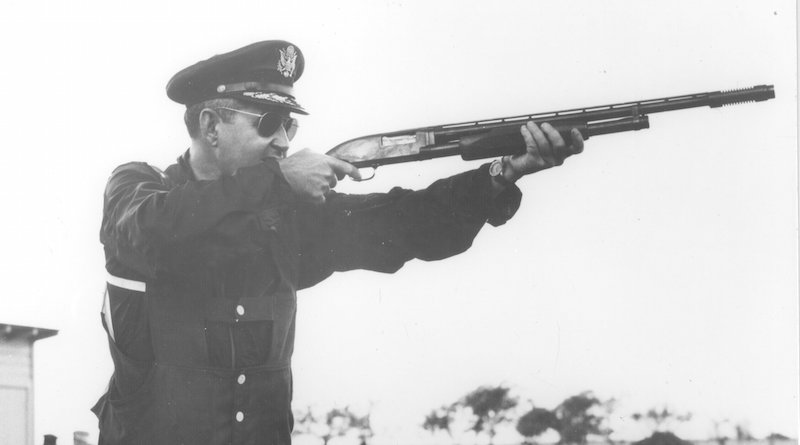 As a result, the Ordnance Corps agree to a new series of tests, completed in November of 1960. After firing nearly 25,000 rounds through three AR-15s, the results were favorable, performing well even in dust, extreme cold, rain and without lubrication. One rifle even produced a 10-round, 1.5-inch group at 100 yards, well within the six-inch requirement. The AR-15 outperformed the M14, and was approved for Air Force trials.

Even then, General LeMay had to apply three times before getting approval to order the rifles for the Air Force. His first attempt, an order of 8,500 rifles initially approved by the Deputy Defense Secretary, was shot down by Congress. The headstrong general took his case directly to President John F. Kennedy, who also failed to approve the order. It wasn’t until May 1962 that LeMay’s order was approved, and with tensions escalating in Southeast Asia, the military found the opportunity to put the new rifle to the test. 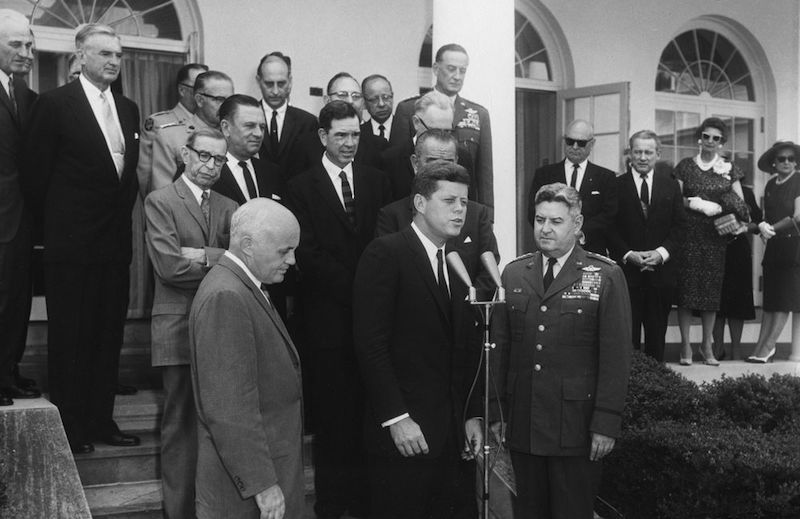 AR-15s were used in Vietnam, a move outside the normal procurement process. Reviews from users were favorable, with many preferring the AR-15 to all other service firearms. Secretary of Defense Robert McNamara signed off on a purchase of 1,000 AR-15s in December 1961, and the rifle continued testing among South Vietnamese personnel during Project AGILE. The results were similarly enthusiastic.

However, the Ordnance Corps wasn’t done battling the adoption of the AR-15, reportedly rigging the Arctic tests of the AR-15 to ensure it failed. When Eugene Stoner got word of the dramatic failures of his creations, he flew to Fort Greeley, Alaska to investigate, and found the rifle seemingly deliberately tampered with to result in failure. After repairing each rifle, the tests resumed, and the rifles performed as designed.

Despite the attempted sabotage of the Arctic tests, General LeMay’s investment in the AR-15 was about to pay off. Secretary McNamara was also a fan of the AR-15 and identified the Ordnance Corps reluctance to perform fair tests and recommend adoption. In response, he stopped all new procurements of the M14 rifle and the following year, ordered the Corps to work with every branch of the military to adopt the AR-15 rifle as the standard service rifle of the entire U.S. military. The M16 was born. 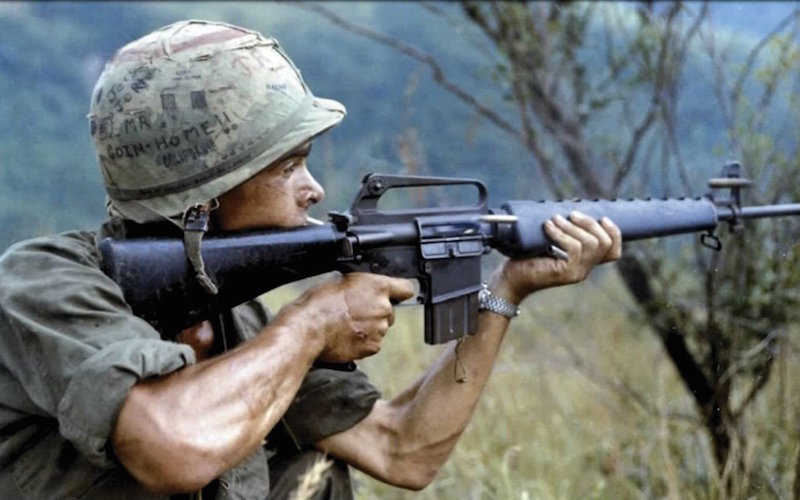 After some improvements were made following initial feedback from circulation, Colt received a $13.5 million contract in November 1963 for 104,000 rifles – 19,000 of which were destined for the U.S. Air Force, where they’d be used predominantly by the Airmen of the Air Force’s Air Police, later known as the USAF Security Police and now designated as Security Forces.

The M16 would go on to face initial problems, particularly due to the change to Ball powder and the impact it had in fouling chambers and causing malfunctions, but changes to the cyclic rate and addition of chrome-lining on barrels and chambers helped alleviate these issues. 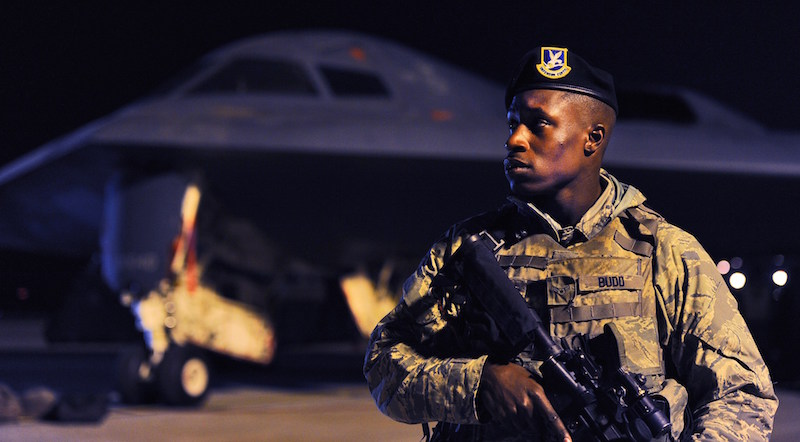 More than 50 years later, the M16 remains in service in the U.S. military in one iteration or another, with Airmen carrying the M4 carbine, a familial successor to the M16, on installations and in combat around the world. With so much of the Air Force’s greatest achievements and contributions to combat superiority taking place in the skies, it’s easy to overlook how an Air Force general pushed for what became an American firearm icon that was adopted by the entire military and beloved as America’s favorite rifle in its commercial variants.

Then again, that’s as much a part of what the Air Force does as the conquering of the wild blue yonder. Airmen have abandoned convention and adopted technology, bucked trends and developed new ways to maintain our combat edge, and used their uncanny ingenuity to help America aim higher. Whether it’s the jaw-dropping agility, stealth and power of the F-22 Raptor, or something that seems as familiar and simple as the trusty AR-15 rifle, the Air Force and its Airmen have and will continue to push the boundaries as they fly, fight and win.